All the happy things

There’s nothing like blowing off work on a Saturday afternoon to eat some tasty barbecue with good friends.  My original plan had been to spend the bulk of the day working, trying to get a head start on the week to come.  But then I learned that Jennifer and Jean (two friends from Kennedy Center days), and Sarah (another friend who we met through Jennifer) were going to be lunching in Chinatown, and I just couldn’t resist.  We met at Hill Country and spent a couple of hours enjoying the barbecue chicken, brisket and marinated cucumbers while catching up on everyone’s lives.  Sadly, the food was gone before I thought to take pictures — but it wasn’t any less delicious!

While I digested my barbecue, I managed to squeeze in another hour of work before heading back to Chinatown for dinner.  This time with Amy (a law school friend), her sister Julie, and Kristy, a friend I meth through Amy and Julie.  We met at Absolute Thai, where I successfully resisted the temptation of all those noodles and ordered a paleo-friendly meal of soup, salmon and vegetables (more on why that matters later).

From dinner we walked over to the Historic Synagogue on 6th & I Street to see Brooklyn Rider in concert.  For those who don’t pay attention to public radio (I’m such a nerd!), Brooklyn Rider is a Brooklyn-based string quartet that plays everything from classical quartets (they did a fantastic Mendelssohn piece last night) to contemporary works to pieces they commissioned from friends or composed themselves.  They’ve got a great, vibrant sound; they’re very cool — definitely not your grandfather’s string quartet.  (If you’re interested, you should check out their YouTube channel and some of the pieces that NPR has done about them.)

The synagogue itself was worth seeing, too.  It was built in the early 1900s and has been well-restored after being rescued from demolition and/or worse (e.g., being turned into a nightclub).  It’s still an operating synagogue as well as a popular performance space. 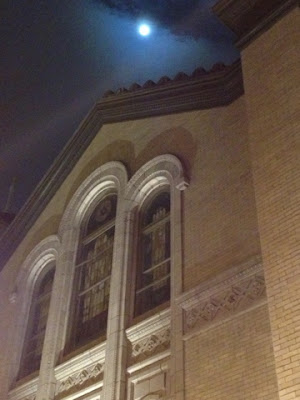 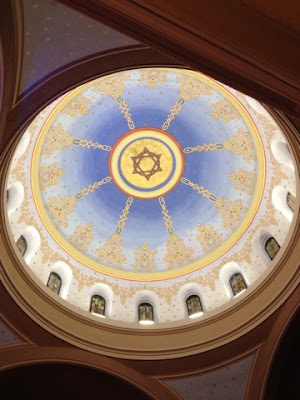 IV.
I am a sucker for ballet. And I’m a sucker for Alice in Wonderland. So, not surprisingly, I loved seeing the National Ballet of Canada’s Alice’s Adventures in Wonderland at the Kennedy Center this afternoon.  I haven’t read much of what other people are saying about the production (though there’s a good review here and more photos here), but it was exactly what I was hoping for — and more.  It was playful and magical and scary (the terrifying sausage-making scene in the Duchess’s cottage could have been straight out of Sweeney Todd) and oh, so much fun.  Much of it was accessible to even the least experienced audience member — which led to an enthusiastic and appreciative crowd, always a plus — but there were also inside jokes, with musical and choreographic references to other ballets and orchestral works (some of which I got; I’m sure I missed a bunch).  There were multi-media integrations, Basil Twist-like puppets, fabulous sets and clever special effects that captured all the shrinking and growing that Alice does throughout her adventures.  And, of course, there was the dancing — lots of great classical ballet that never seemed to take itself too seriously (there was a healthy contingent of character dancers) and even some tap.  Made me sad when we had to come out of the rabbit hole in the end!

After the ballet I hurried back to Arlington for one of those small-group dinners that the church organizes every few months.  This one was hosted by a couple I hadn’t met before — the guy is my age and a nuclear physicist; his wife takes care of their three rambunctious kids.  Of the other guests, I already knew two (he’s a lawyer, she a former teacher), and two were new (recent college grads, both interning out here for the next few months).  Dinner was delicious (spicy chili!) and my contribution (sliced apples with almond butter) was a hit — the adults loved the almond butter, and the kids polished off the apples like they were candy.  It was fun to get to know some new people; a great way to end the weekend.

← I’ve got goldfish in my fridge
Addendum →
Follow A More Gentlemanlike Manner on WordPress.com