July 5, 2014 · by JJD · in Japan, Nature, Travel · 2 Comments
What to people say about labor pains — about how after you’ve had the baby the whole ordeal somehow recedes and seems totally worth it?  Whatever it is, that’s basically how I felt when the sun rose on Mount Fuji.  I was tired and ornery and uncomfortable as hell, but the instant I walked outside the hut and saw this . . .

. . . I knew that all was right with the world.  Despite the scary weather forecast, the sunrise burst bright and glorious before our sleepy eyes.  (Not to worry, though, the summit was still shrouded in cloud, so no regrets at having summited the day before.) 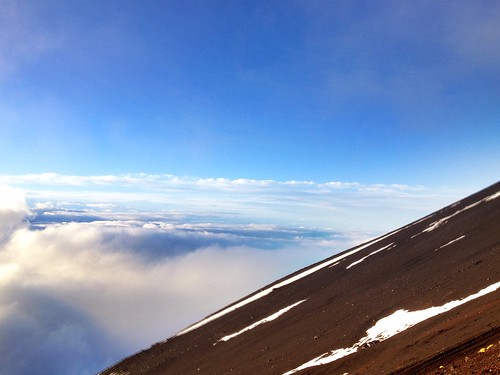 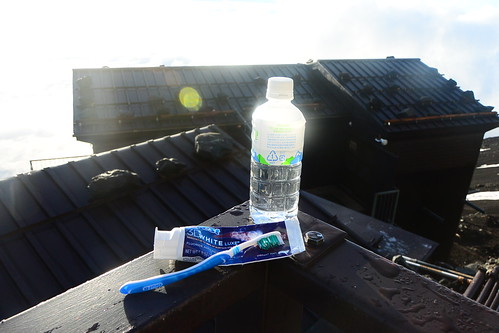 And breakfast!  I opted for udon noodles with tempura fried vegetables.  A warm and hearty breakfast to set the tone for a quick hike down the mountain. 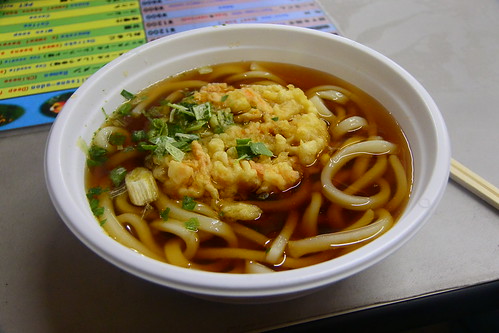 With breakfast in our tummies and dry(isn) clothes on our backs, we hit the trail for home.  Eric, Steve and I — now joined by a 12-year-old named Daniel — took off running.  Literally.  It was great fun and it did a great job of warming us right up.  I’m pretty sure everyone we passed thought we were lunatics. 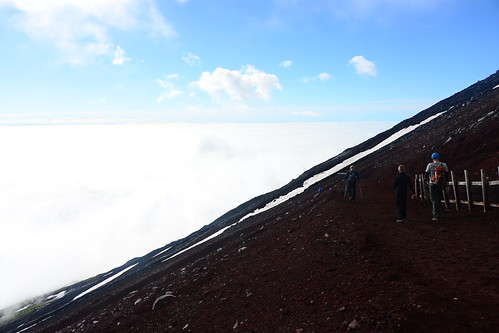 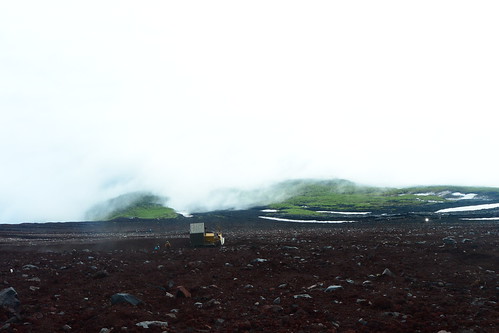 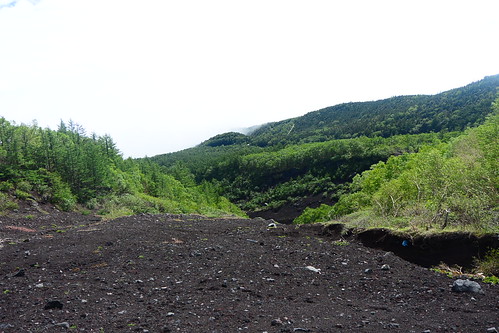 . . . and people.  This was a different Fifth Station from the one where we’d started — much more developed!  It felt like a miniature city in comparison. 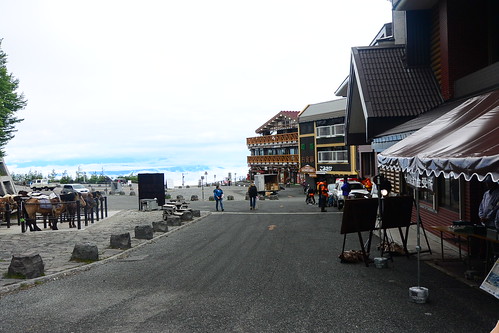 In clearer weather, we would have had a sweeping view of the valleys and mountains surrounding Mount Fuji.  As it was, just more clouds.

We waited around in the shops while the rest of the group made their way down the mountain.  I charged my phone (and got yelled at) and packed up my rental gear to be returned to the guides.  In exchange for my gear, the guides handed us all a “Certificate of Completion” and then ushered us back onto the buses for the ride back to Tokyo.

Once back in Tokyo, I rendez-voused with Amanda back at the hotel, where a glorious hot shower and clean clothes awaited.  We regaled each other with tales of our various adventures (she had her own fair share of trekking across Japan to get to her Buddhist temple retreat — you can check out her blog here) and wandered out to find our next Michelin-starred restaurant for the night.  Ahh, civilization!!