The Ride: Going to the Sun Road

May 1, 2014 · by JJD · in Cycling, Montana, Moving to Seattle, Nature · Leave a comment
Even if you’ve never heard of Kalispell, Montana, you’ve probably heard of Glacier National Park. It’s one of those places that has a way of turning up on calendars and post cards — all snowy peaks and sapphire lakes and lush green valleys — but it’s so remote that you’ll never get there unless you intentionally make the trek.

Well, as far as I was concerned, the biggest upside to Ashley’s moving to Kalispell last year is the town’s proximity to the park:  The western entrance is only a short drive away, which means that I’d be able to visit family AND see famous nature all in the same trip.

In particular, I wanted to ride the Going to the Sun Road.  Built in the 1930s, the Going to the Sun Road is one of the main draws for this section of the park.  It starts at the base of the mountains, near the lovely Lake MacDonald, and then climbs at a steady 6% grade several thousand feet to the top of Logan Pass before descending to the eastern side of the park.  Along the way, drivers and cyclists are treated to uninterrupted, breathtaking views of the rugged mountains and the glacier valleys between them.

I had wanted to ride the Going to the Sun Road since a friend of mine first told me of his experience riding it last year, and when I realized that I would be passing through Kalispell in late spring with my bike on the back of my car, I figured this would be a perfect opportunity.  I told Ashley and Ammon of my plan, and they recommended checking the road conditions first — apparently “late spring” in northwestern Montana mountains has a different meaning than in Viriginia.

Sure enough, the park’s website indicated that only about 10 miles of the road was open; the rest was closed for snow removal and wouldn’t be open until June 20 at the earliest.  Disappointing news, for sure, but I decided to make the most of it and at least ride around the lake.  When I got to to the parking lot that I’d planned to use as my jumping off point, though, I met some other cyclists who were just returning from their ride.  They told me that the road was only closed for automobiles, there was no restriction on bikes.  They urged me to skip the loop around the lake and go directly to closed portion of the road.  From there I could ride free from vehicular traffic as far as I wanted until I got to the snow plows.  And so I did.

The ride was fantastic.  Because the road was closed, and I had started fairly late in the afternoon, I had it all to myself.  No cars, no other bikers; only a handful of hikers at the bottom.  I was able to go as fast (or slow!) as I wanted, soaking up the warm sunshine and breathtaking views, and stopping whenever I wanted to take pictures.  I may not have gotten to the summit, but I can’t imagine better riding conditions. 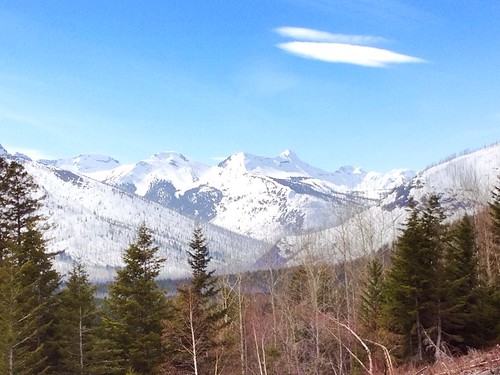 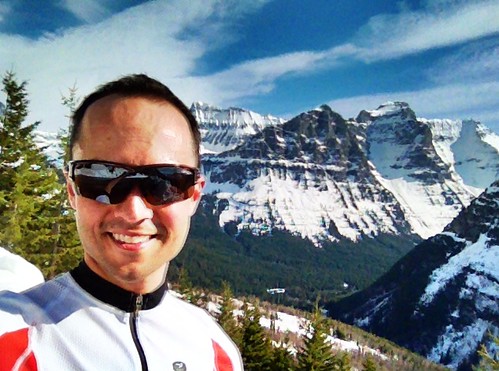 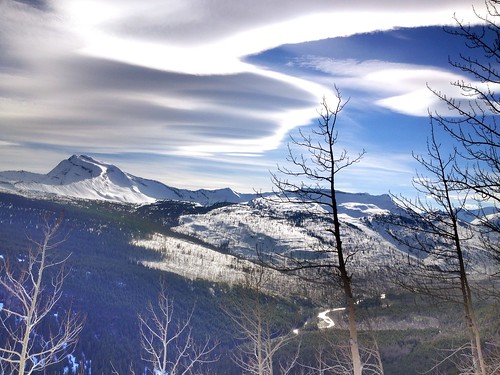 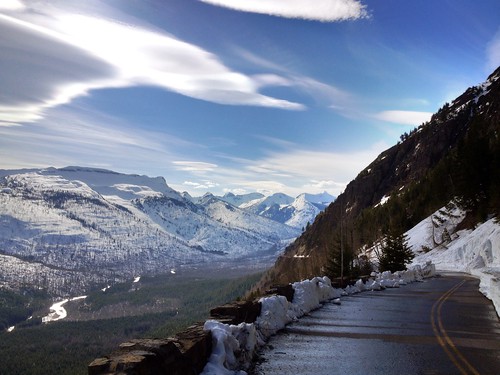 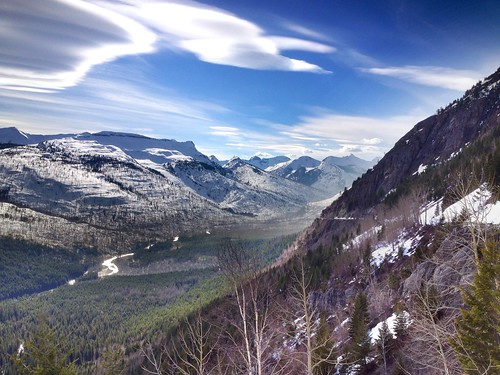 ← Another day in Kalispell
Urban camping →
Follow A More Gentlemanlike Manner on WordPress.com