Family and food in Stanley, Idaho

This “destination wedding” was high in the mountains, a good three hours’ drive from Boise.  The nearest town was Stanley, population 63, known for having the coldest average temperature in the lower 48 states.

Our hotel was, appropriately, made of logs and surrounded by giant trucks. 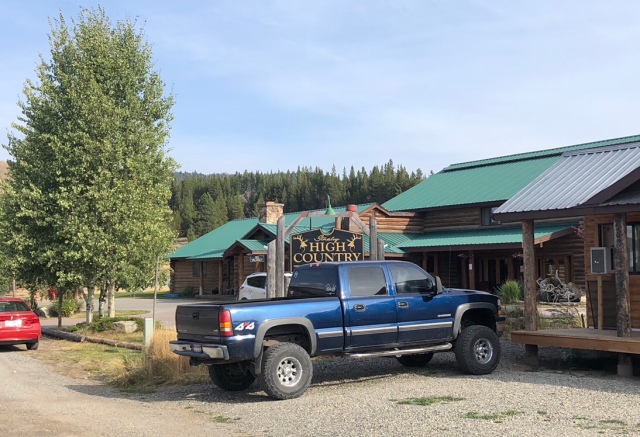 As we checked in on Friday afternoon, we asked the lady what there was to do in a town that was all of two blocks long on a dirt road with no stop light.  “Oh!” she exclaimed, “there are SO many good restaurants here.”  So naturally we resolved to eat at all of them before leaving.

We started with her first recommendation, Sawtooth Lodge, just down the street.  We sat on the porch with a view of the mountains and had a tasty supper of schnitzel (for me) and scallops (for Justin).  Lady and Dad joined us partway through and we had brownies and vanilla ice cream for dessert. 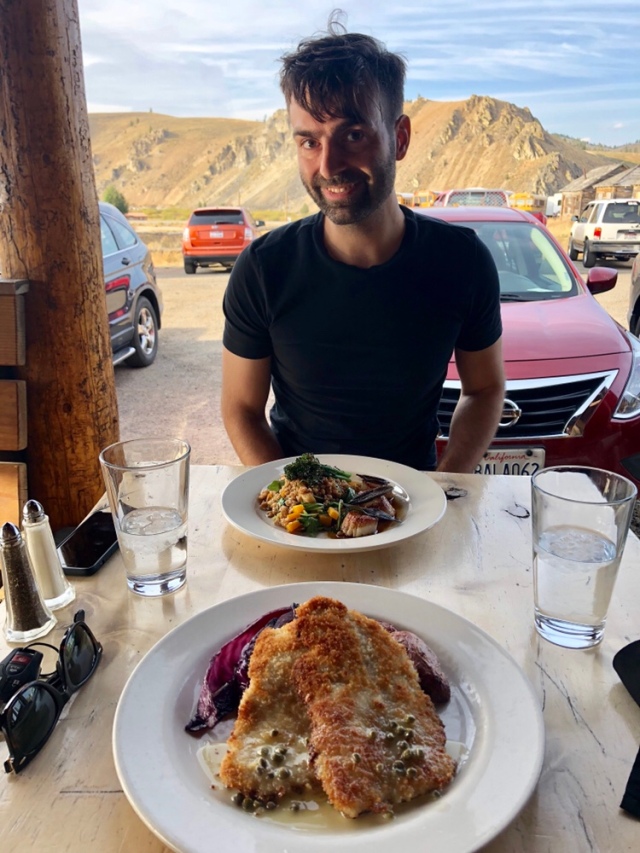 Next morning we headed over the the only breakfast joint in town, a bakery that served delicious hearty breakfasts . . . 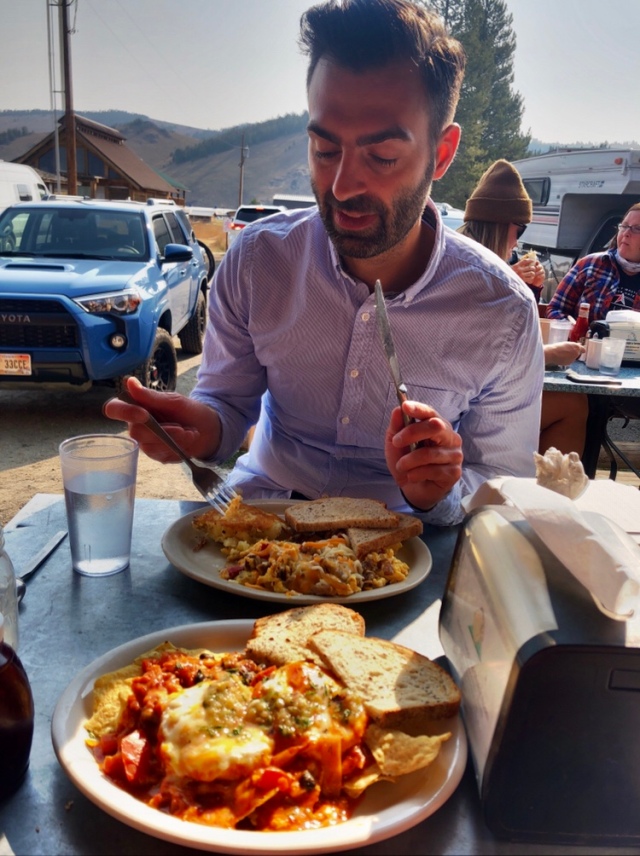 . . . and of course some fine baked goods, which we purchased in abundance and took back to share with the family. 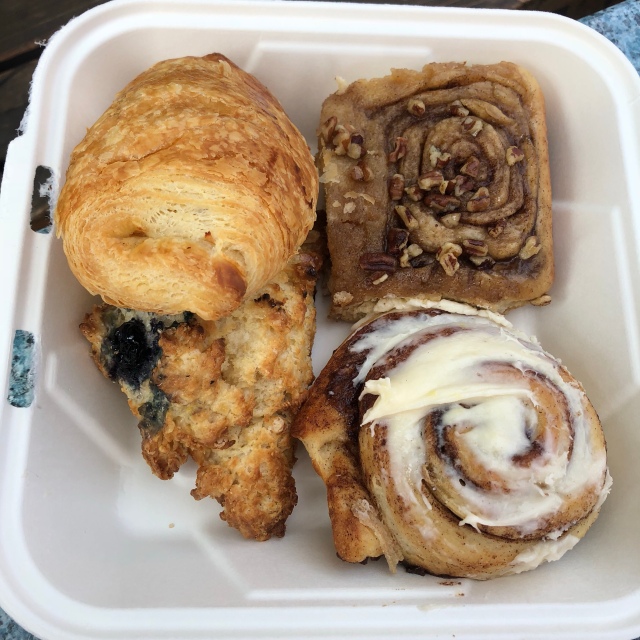 The blueberry scone was the surprise hit — possibly the best scone I’ve ever had.  The cinnamon roll, alas, was a disappointment.

Since we hadn’t known that Stanley was such a thriving food metropolis, my sisters had prepared against potential starvation by bringing fixings for a potluck lunch before the wedding.  We gathered in the hotel’s common room for pulled pork tacos and rice.  It slowed our momentum in the restaurant crawl through Stanley, but did keep everyone full and happy for the festivities. 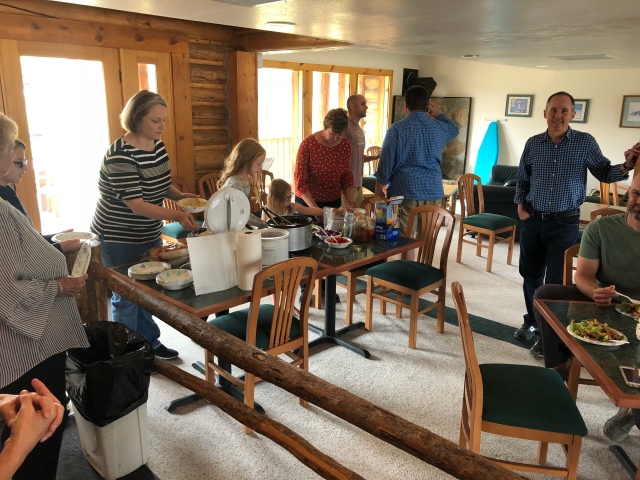 After lunch there was downtime for reading . . . 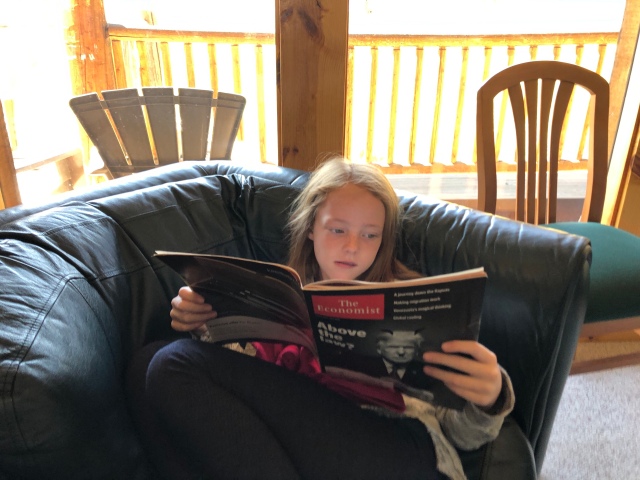 Shae claimed she was “only looking at the pictures!”

. . . and displays of remarkable flexibility. 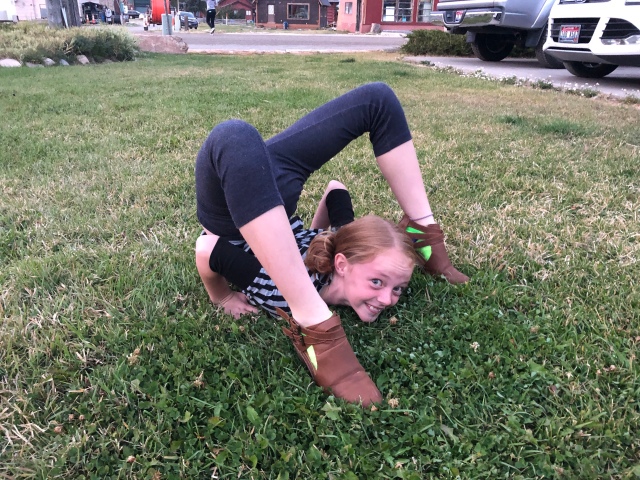 That night after the wedding we picked back up with an order of pizza from the one pizza parlor in town (which turned out to be very good), and then the next morning we met up again at the bakery for another breakfast before everyone headed out of town. 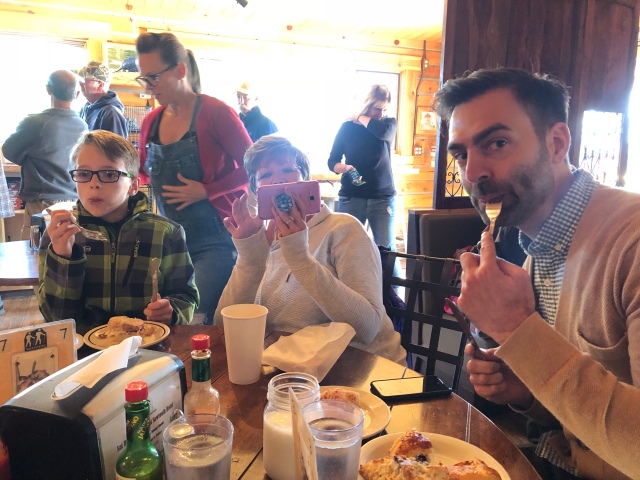 Jaron definitely had two cinnamon rolls on his own 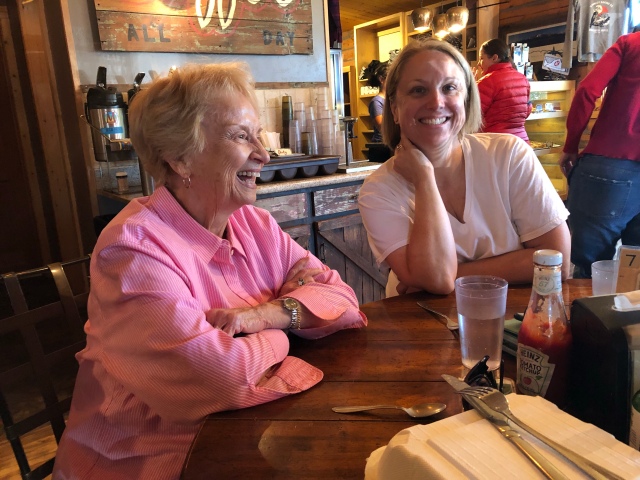 Christine and Grandma had planned to eat leftovers in their hotel room until Justin and I persuaded them to meet us for breakfast instead.