As impossible as this may seem given my youthful glow, it has been ten years since I graduated from law school.  Ten.  Time for a reunion!

Never one to pass up an excuse to spend time in New York, I took the day off work and flew out this morning.  Weirdly, it takes nearly as long to get to New York from London (8hrs) as it does to get to Seattle (9hrs).  But so far the jet lag is not as severe, so that’s a plus.

I know I’ve said this before, but man I love this city.  The smells, the buildings, the people, the energy.  There’s no place like it, and it may be my favorite city in the world.

I’m staying near Bryant Park, which was convenient for getting in from the airport.  I found some food (including some fried chicken that definitely is not available in London), called my bank to unlock my account (after discovering they had locked it for security due to “unusual” activity in New York), walked through Central Park, and visited the Met Museum.  When evening came I decided to skip the opening reception and instead met up with Amy, who had just arrived from DC, for a late bite in a nearby cafe.  We caught up for a while, made plans for tomorrow, and then turned in to get some sleep. 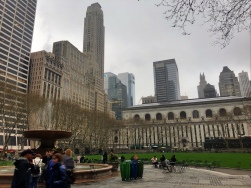 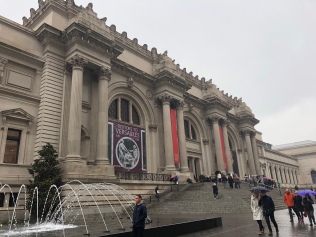 ← Weekend with the Bard
Egypt in New York →
Follow A More Gentlemanlike Manner on WordPress.com