What a lovely, charming city!  We lucked out with clear, sunny weather during the few hours of daylight (sunrise at 8:45am, sunset at 3:45pm) to explore this northern capital of Scotland.  Given how limited our time would be, we stayed mainly in the Old Town and soaked up the ancient atmosphere.

The castle dominates the city and evokes centuries of military and political significance.  Sadly we ran out of time to do it justice, so photos of the inside will have to wait until a future trip. 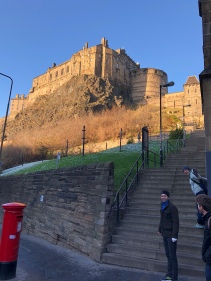 J.K. Rowling wrote Harry Potter in Edinburgh, and nearly everywhere we turned we encountered something to remind us of that.  We saw the famous Platform 9 3/4 in Kings Cross station.  Victoria Street claims to have been the inspiration for Diagon Alley.  Our guide assured us that of all the cafes claiming to be the spot where Rowling wrote part of her novels, the Elephant Ear was most likely to be true.  And while no one explicitly claimed that the castle influenced the novels, I couldn’t help but think of the movie depiction of the school sitting atop a crag whenever I saw the castle from afar. 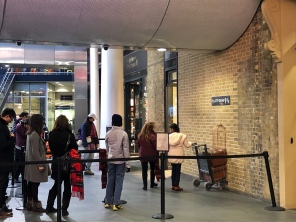 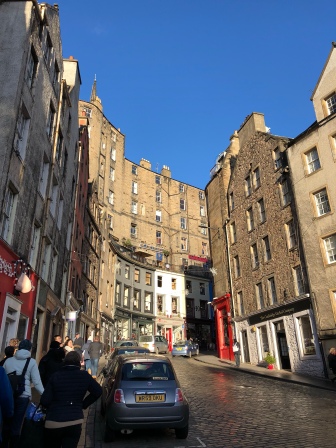 Strolling through the streets was a delight.  The “Royal Mile” stretching from the castle to Holyroodhouse Palace is a canyon of medieval tenement buildings punctuated by gothic churches.  Most of the buildings were constructed with the same sandstone quarried nearby, so the city had a remarkably unified feel. 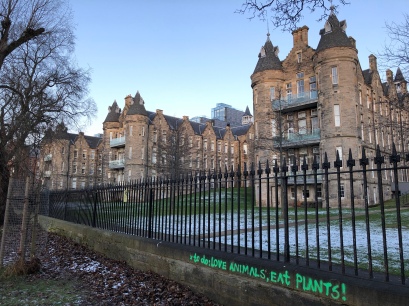 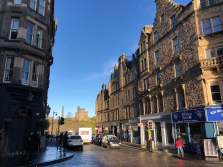 The most notable church is St Giles’s cathedral, which dates back a thousand years and boasts a remarkable crown-like spire from 1495. 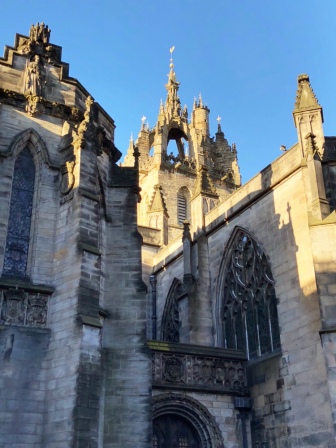 Most shops, museums, and historical buildings closed at 6pm, but not the National Gallery!  We discovered that this museum stayed open until 7pm, so we made our way over to appreciate a fine collection of Scottish artworks, including some great paintings of Edinburgh over the centuries.  I particularly liked one that showed the construction of the complex that currently houses the museum itself. 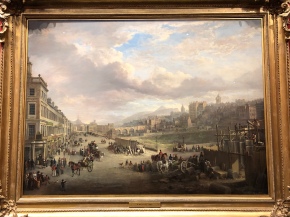 ← Eating our way through Edinburgh
It’s 2018 in London! →
Follow A More Gentlemanlike Manner on WordPress.com