June 28, 2014 · by JJD · in Food, Japan, Travel · Leave a comment
Tokyo has more Michelin-starred restaurants than any other city in the world (including Paris!) and so naturally Amanda and I came here with every intention of notching a few more stars on the proverbial belt.

For some reason the Michelin guide for Tokyo is not available in the US (even the outdated versions are hard to find: I ordered a copy of the 2011 edition weeks ago from an independent bookstore in Missouri and it still hasn’t arrived), and we had a hard time navigating Japanese websites for reservations from the United States.  So one of the first things we did when we arrived was ask the hotel’s concierge to set up some reservations.

The first place she booked us was Sushi Aoki, a one-starred sushi restaurant only a few blocks from our hotel in the Ginza district.  As is typical of Michelin restaurants, the place was very simply marked and squirreled away up on the second floor of an otherwise nondescript building. 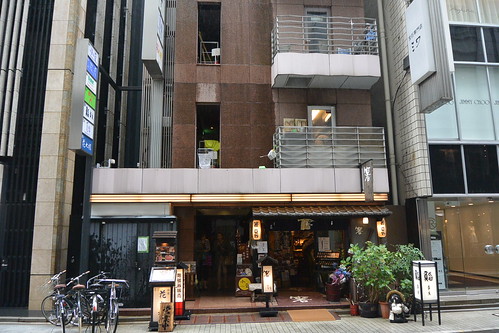 The dining room was small, consisting of a long sushi counter (where everyone sits on stools on one side, and the chefs stand on the other) and a private, screened-off dining area.  The hostess seated us promptly and then laid out the place setting. 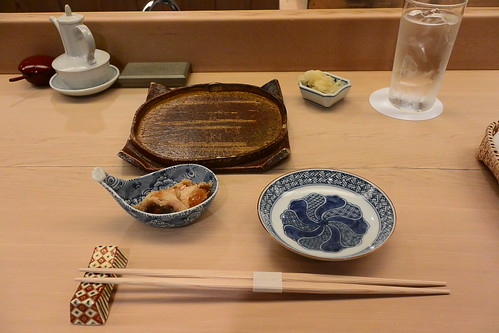 Our chef set about carving up our fish. 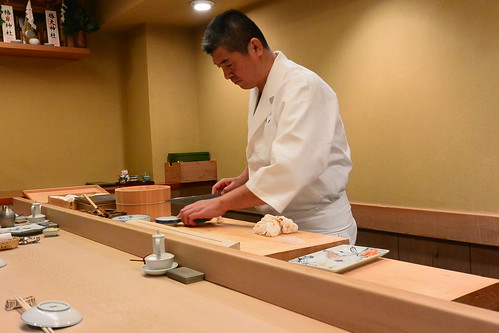 As he finished each one, he reached across the counter and placed it on our plate with a brief statement of what it was.

Every piece of fish was exquisitely fresh.  Unsophisticated Americans that we are, we started out dipping each bite into a bowl of soy sauce — because that’s how you eat sushi, right?  But after a couple of bites, I could taste the quality of the fish and wondered why I was overpowering its delicate flavor with so much sauce.  Just then Amanda leaned over and pointed out that no one else at the counter was using any soy sauce at all.  “Do you think the chef’s over there cringing as he sees what we’re doing to his perfect creations?  Is this the equivalent of slathering ketchup all over your filet mignon?”
From then on we abandoned the soy sauce and just focused on each piece of fish as it was prepared, without enhancement.  Right call!  The quality of the ingredients was such that we didn’t need any extra embellishment.  It was all incredibly good perfectly portioned.  By the time the meal ended, I felt perfectly satiated but not full — another hallmark of a Michelin-quality meal.

After lunch we worked our way back through the Ginza district on our way back to the hotel.  Ginza is a famously posh district in Tokyo, full of fine shops and galleries.  Apparently on Saturdays they close most of the streets to create an enormous pedestrian area. 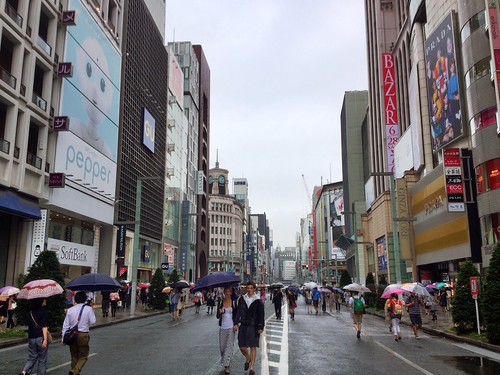 We did some window shopping and found a place that sold little donut-like pastries that seemed to be German (or Austrian? — someplace that uses the word “kuchen”). 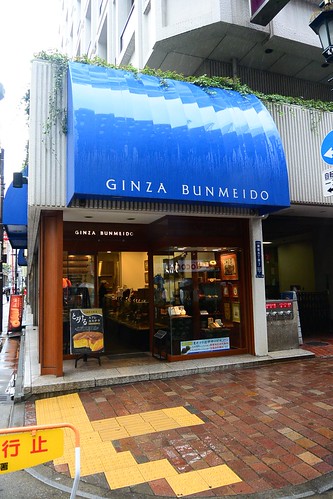 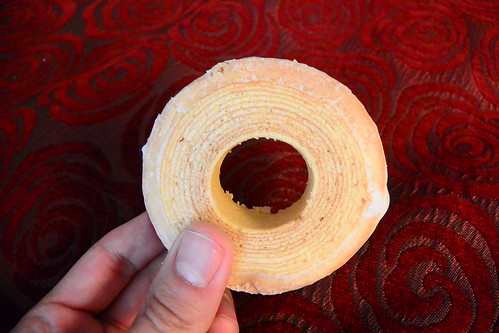 As we were taking pictures of the shop and donuts, a nice woman stopped us and asked if we wanted a photo of ourselves.  Why not?  Couldn’t hurt to have a few more pictures of us instead of only what we ate! 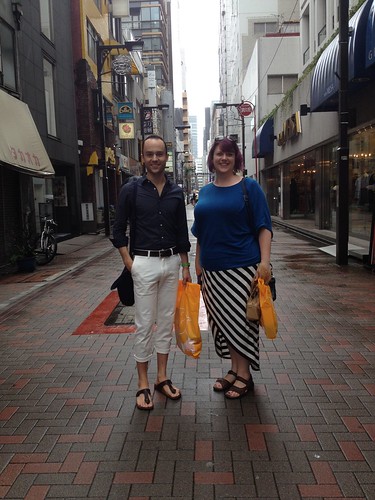 A little further on, we caught a glimpse of Tokyo Tower, Japan’s answer to the Eiffel Tower (but not visible from every window in Tokyo, as the E.T. is in Paris). 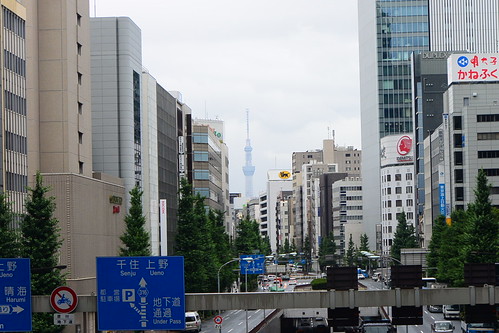