At long last, and without further trials and tribulations, I arrived in Boise!  Mon pere and Mark met me at the airport in Mark’s open-topped Jeep, which made for a fun and windy ride home.  Boy, was it nice to be back in the land of low humidity!

Lady, Heather and Ashley were all still in Rexburg at the Women’s Conference, so it was just the men-folk and kids at home.  And there were more than usual of both:  Usually when I visit, Jordan is on a business trip, so it’s just Heather and me and their three kids (Brynn, Jaron and Shae).  This time, not only was Jordan here, but we also had Mark, mon pere, me, and — in from New York for the first time — Ammon.  The five of us rode herd on the four bundles of (very high) energy called Brynn, Jaron, Shae and Teya (Kellen was in Rexburg with Ashley).

By the time I got to the house, everyone was ready to get outside and play.  We headed out to the “Nature Park,” which had a really great nature walk with viewpoints and exhibits that let us see into the ecology of the river environment.  We saw some ducks, a handful of 7-foot sturgeon, a bunch of trout, a Chinook salmon, a crawfish, and some nondescript little fish.  Then we walked over to the big river to watch people float by in inner-tubes before crashing a tastelessly teal wedding party on our way to the big toys.

I forgot to bring my camera, but Jordan got some nice shots of the kids. 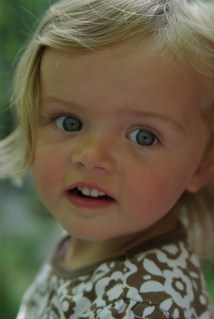 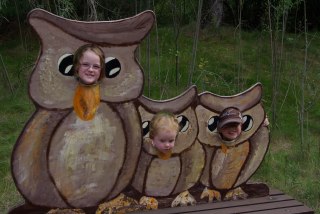 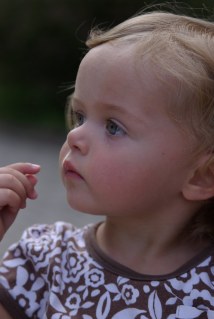 Once everyone was tired of the toys (or, rather, once the adults were tired of the toys and the kids were just plain tired), we headed over to Fuddruckers for hamburgers (for some of us, elk burgers or ostrich burgers).  While we were eating, we got word that the women-folk had returned triumphant and would be waiting for us at home.  So we finished up, dashed through a sudden wind-storm, and went home to see them.

Believe it or not, this is the first time in five years that our entire family has been in one place.  Ammon, who married into the family in 2006, has never seen Ashley in her full familial habitat.  Until now.  Also?  I finally got to meet Mark’s girlfriend, Erin.  They’ve been dating for the past eight months, but I only learned about it about a week ago, when Erin friended me on Facebook.  I have a policy against befriending random young women who approach me online, so I had to ignore the request until we finally met in person.  Turns out, she’s really cool (good eye, Mark!).

In classic Davis tradition, we had a great evening of chocolate cake (that’s cake #1) and conversation.  Jordan added a fun twist when he lit up the fireplace and a bunch of citronella candles in the backyard.  It was a good chance for me to play with my night-time camera settings. 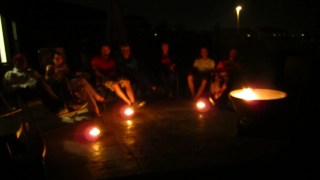