While I was managing the flower emergency, Justin was landing at Heathrow. And because all Americans now enjoy the streamlined border control, he was out and on my doorstep practically before I knew it (certainly before I was fully ready!)

First order of business was lunch at The Grind, a New Zealand cafe to give him a taste of what I’ll be living later this week.

After that the task was to entertain ourselves in a way that would keep him awake until a reasonable bedtime. We attempted to go to the Royal Observatory at Greenwich, but OCD intervened and we settled for a stroll through sparkly Hays Galleria… 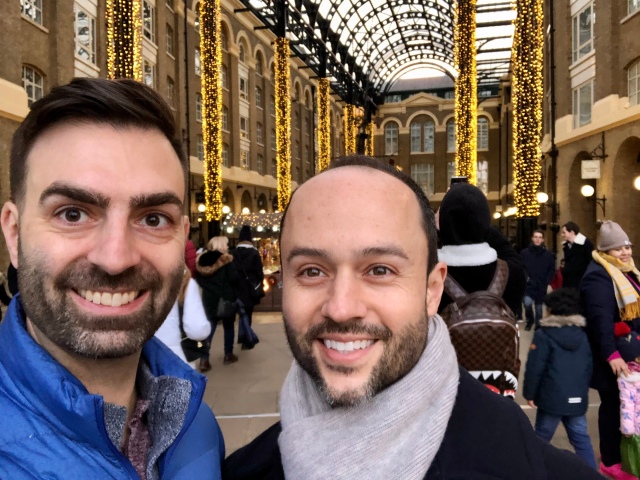 …and into the Christmas markets along the south side of the Thames, where a well-timed bratwurst (consumed by me, despite the photo shenanigans) staved off a hunger-headache. 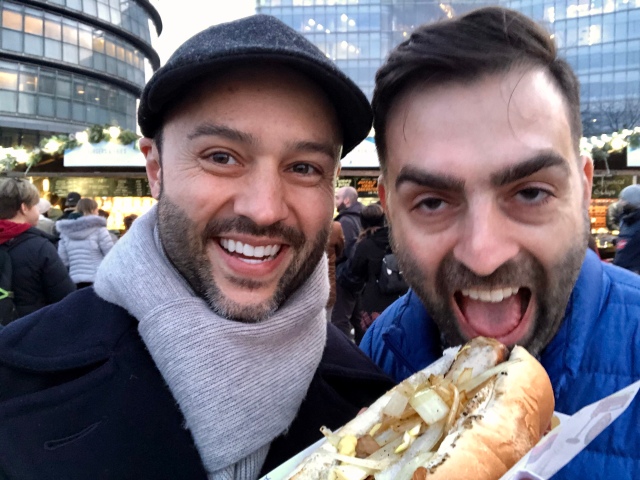 From there back to London Bridge Station and a lovely view of the Shard on the way home. 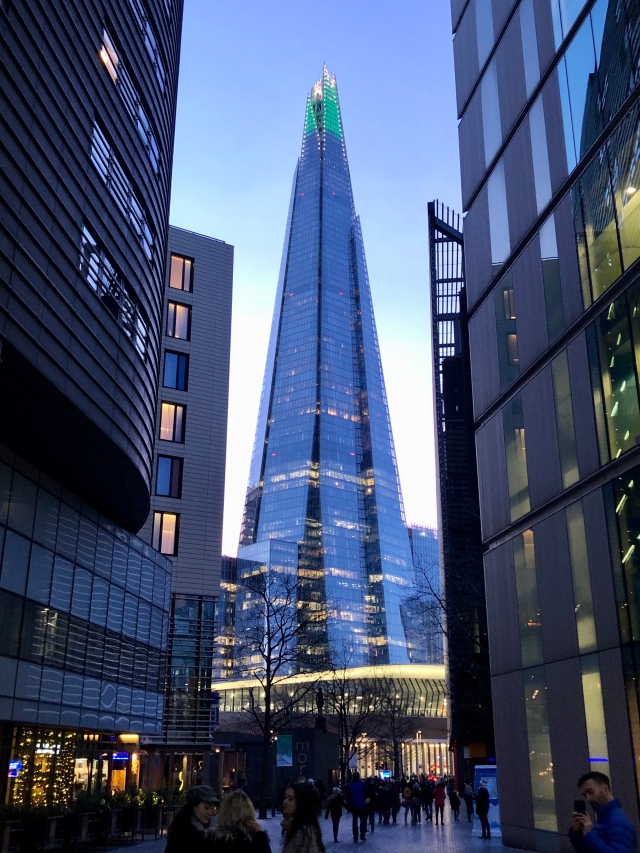 After a pause at the flat, we walked a few feet up the Passage for dinner at Kipferl, where the schnitzels were as delicious as ever, and the season justified a little splurge on cakes. 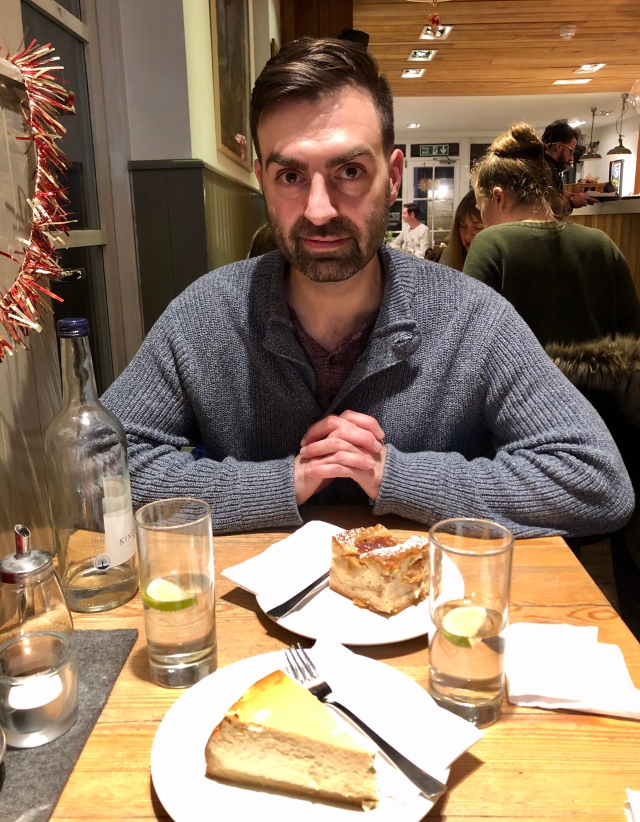