After that glorious day at the beach, we decided we needed a day off to let out little sunburns subside, and to let our crevices remember what it felt like not to have sand everywhere. We set out for the Royal Botanic Garden, which Ananda had not yet seen, and which I was eager to spend ore time in.

First stop, the formal beds in the southeastern corner . . .

. . . and the extensive rose gardens, which were lovely but seemed a bit challenged by the climate. I kept imaging the bushes pining for the cool dampness of Mother England.

We appreciated the magnificent trees that dotted the park, creating vast pools of shade. Amanda took to communing with these giants by the laying on of hands . . .

. . . which after some initial alarm turned out to be just a shell and not alive, though of course that meant the now larger creature was still alive and on the loose.

In more pleasant news, we heard from Amanda’s sister-in-law (who used to work for an aviary) that these birds are a type of ibis!

By this point we had reached the famous lily pond with its sign about the flesh-eating eels. 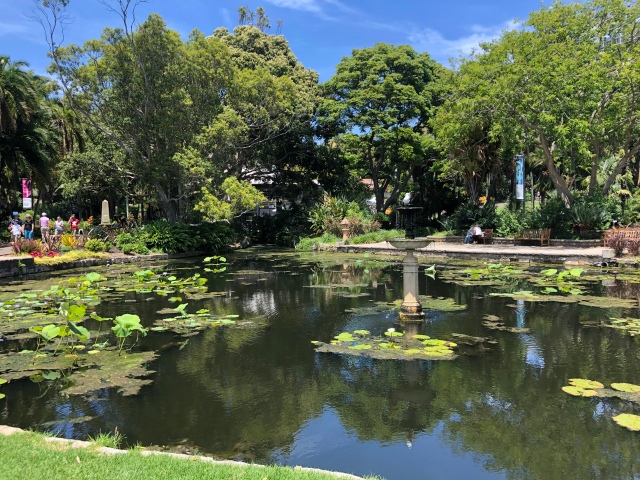 We joked about “what if we actually saw one” and then saw multiple giant eels glide past!! These were not tiny creatures — a good three feet long, I’d say. 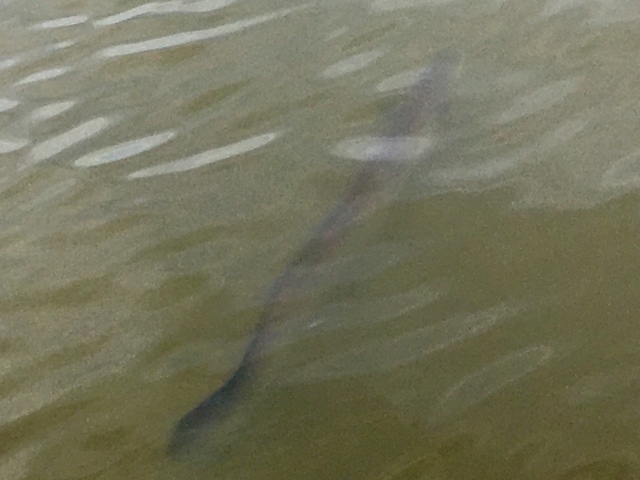 Alas there were no ducklings on hand do we did not get to witness the circle of life first-hand.

We did, however, make it out alive to visit the nearby herb gardens . . . 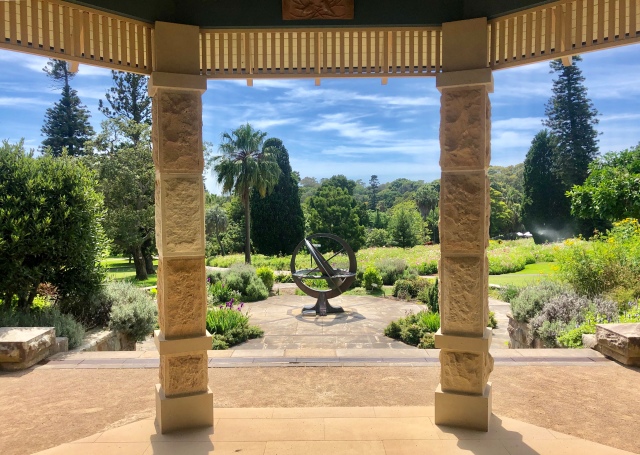 . . . and the glorious meadow of cosmos, zinnias, sunflowers, and Black-eyed Susans . . .

By this point we needed lunch, so we found a shaded table at the Garden’s cafe. Yum! 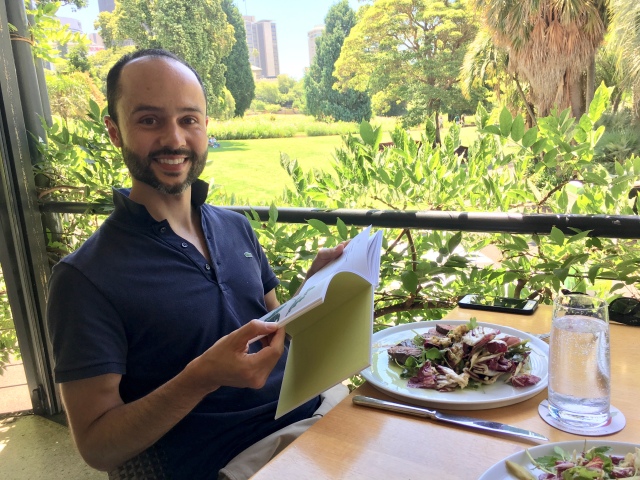 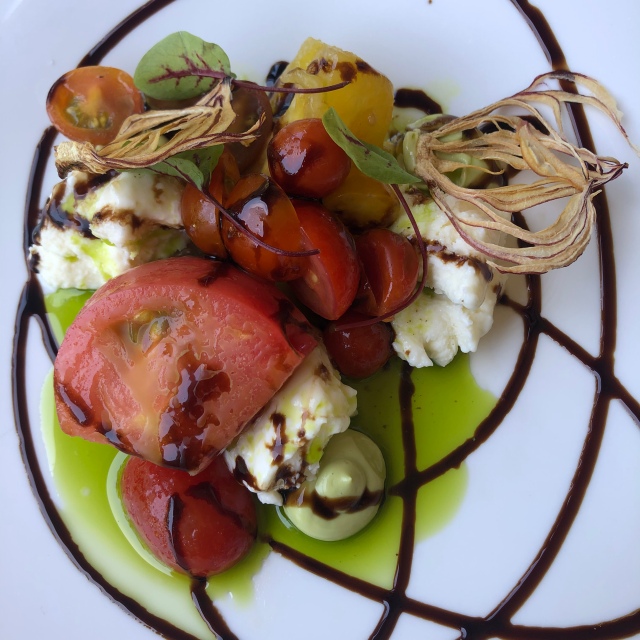 Feeling refreshed, we made our way through the back parts of the garden past a prehistoric specimen tree . . . 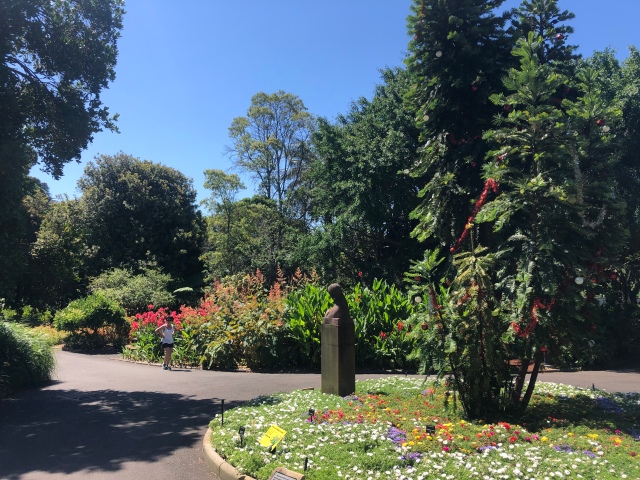 . . . until we reached one last fountain near the Woolloomooloo Gate where Amanda filled her water bottle . . . 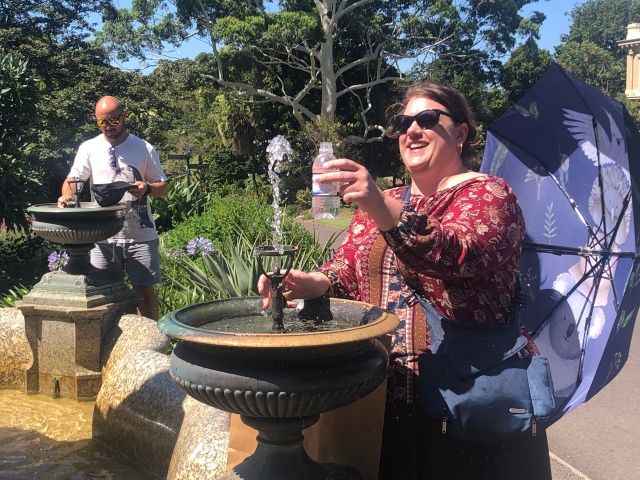 . . . before we exited on our way to visit the Gallery of New South Wales.

← A day at Manly Beach
An afternoon at the gallery and cinema →
Follow A More Gentlemanlike Manner on WordPress.com