A day at Manly Beach

December 27, 2018 · by JJD · in Australia, Keeping Up Appearances, Nature, Things I love, Travel · Leave a comment

Beach day today! Because let’s be honest, that’s the whole point of being here: sun, surf, and hot lifeguards reminding you of all the ways you might die.

We skipped beachy scene at Bondi and instead headed out to Manly Beach (so named because the British colonisers were so impressed by the manliness of the aborigines who lived there). One obvious upside of this choice was the gorgeous thirty minute cruise through Sydney Harbour.

When we landed and realised it was still before 10am, we decided to pause at Belgrave Cartel for breakfast — and oh, what a happy decision that was! Everything was fresh, it was the most greens I’ve seen on a plate since getting here, and those roasted tomatoes were to die for.

Thus fortified, we continued down the Corso . . . 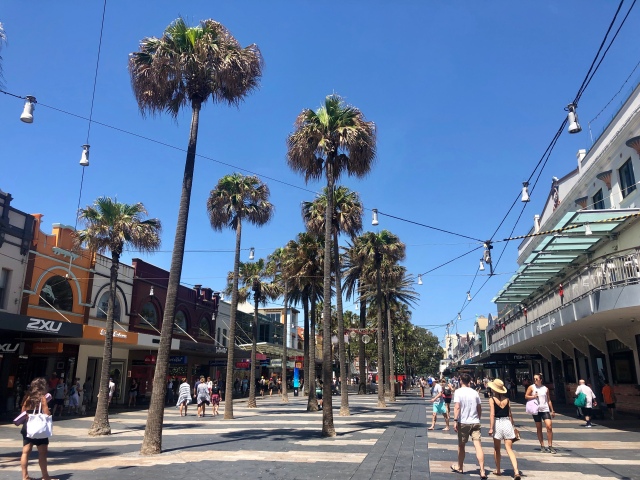 . . . and on to the beach, with it’s expanse of white sand, blue water, and crashing waves. 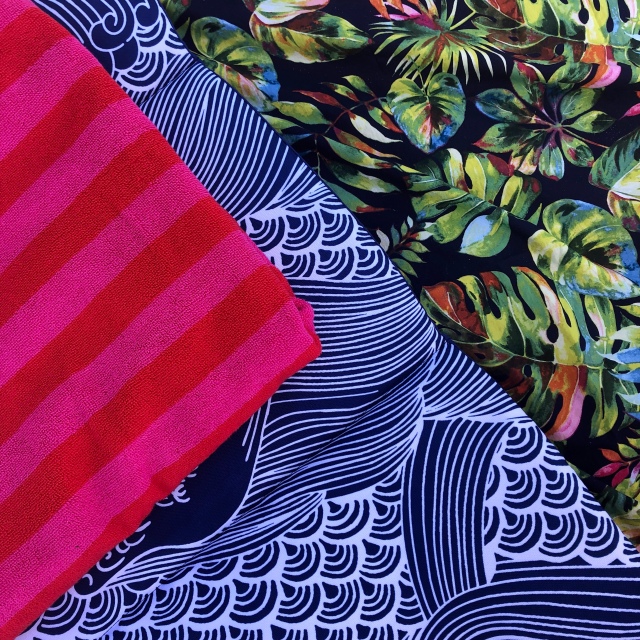 . . . and went out for a wade. The water was brisk and refreshing — but where are all the people, you ask? 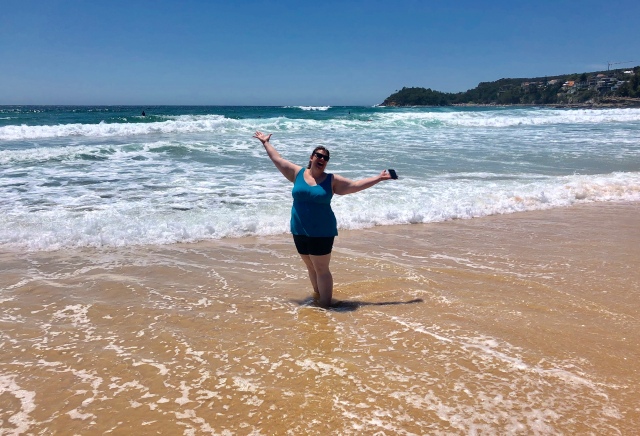 Well, not in the water. The currents were strong today, so most of the waterfront was off-limits to swimming.

The lifeguards has corralled all the swimmers into a narrow section where they could ride herd on them with jet skis and megaphones to periodically remind everyone not to be idiots.

After a while the megaphone announcements also noted the arrival of blue-bottle jellyfish that, according to the lifeguards, “will not kill you, but will leave a very painful sting that will last for at least a few hours”. 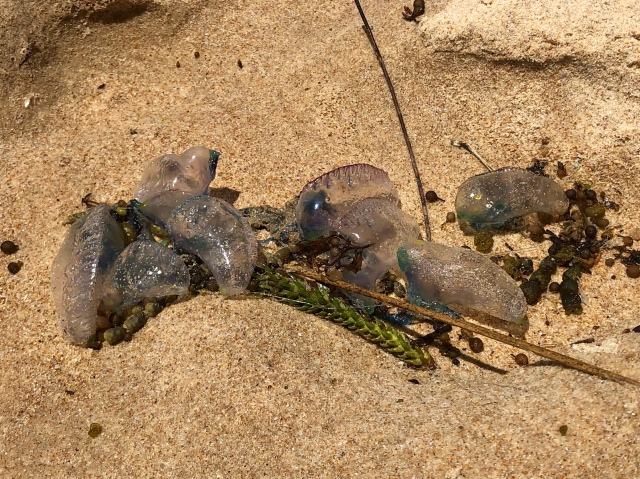 Needless to say, between the currents and the jellyfish, we didn’t do much swimming. Instead, we hunkered down for a day of competition-level beaching — which basically consists of naps, reading, and periodic rearranging of bodies and gear to catch (or avoid) the sun. 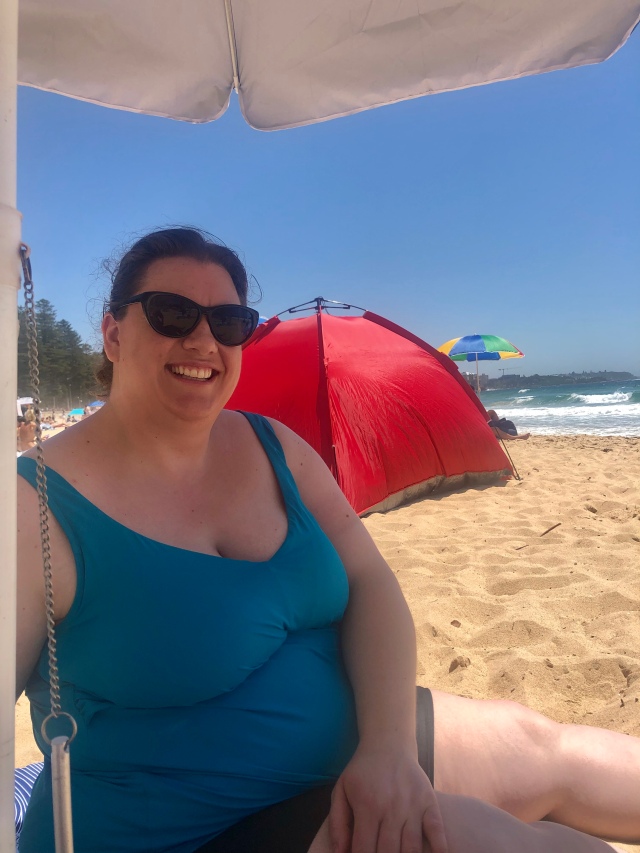 By mid afternoon we refuelled at a beachside Mexican place, and then went back to put in a few more hours. 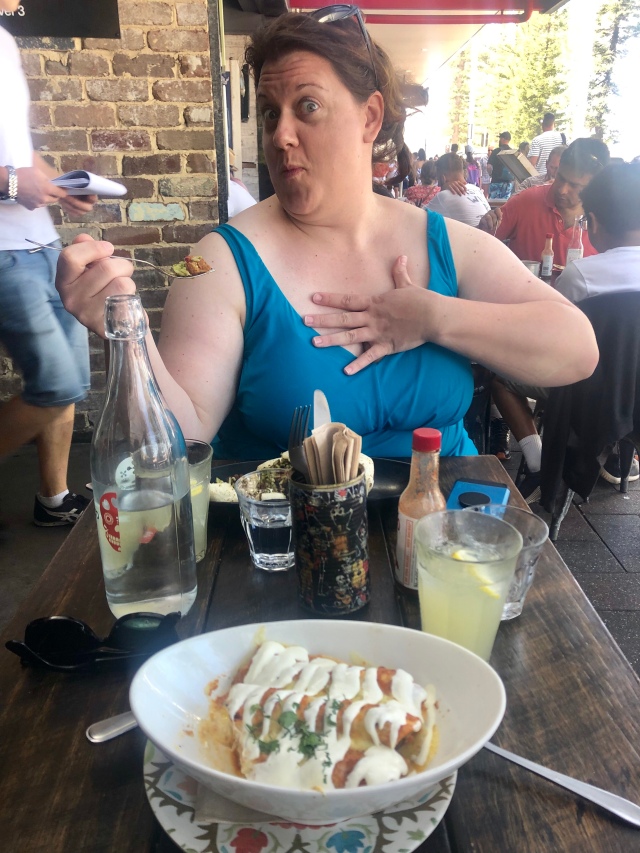 Several hours later I woke up and realised that the beach had nearly emptied, the sun was getting low, and the umbrella rental guys were packing up — so we did the same (but not without one last triumphant selfie).

The ferry ride home was sticky and sandy, and we both discovered a few spots where the sunscreen had missed, but what a fun day, and how nice it feels to take a shower and crawl into clean sheets after such a “hard” day at the beach!