Macbeth and the ordinary

I was in Luxembourg all last week for a business trip that turned out to be pretty fun.  This was the annual EU-wide summit, where we get together to celebrate the past year and look ahead to the coming year.  We stayed in a surreal thermal springs resort that straddled the border between Luxembourg and France (we literally crossed from one country to the other on the way to dinner).  The schedule was busy and I missed sleeping in my own bed, but the highlight was the Great Gatsby themed costume party at the end.  For some inexplicable reason it didn’t occur to me to wear my tuxedo (life regrets!), but everyone else looked terrific and my suit and bow-ties. 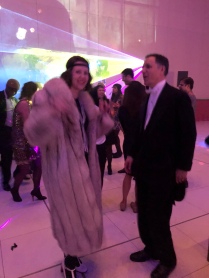 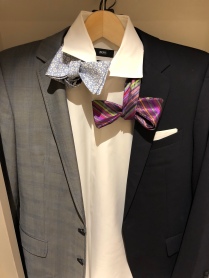 I got back to London late Friday night and, to be honest, the weekend wasn’t much to write home about.

My “one fun thing” — a performance of Macbeth at the National Theatre — turned out not to be all that much fun.  The production seemed to be bent toward a single concept of grimy, male-dominated violence, and it was arguably the ugliest theatrical production I’ve ever seen.  The set looked like a trash heap, and the characters looked like post-apocalyptic warrior-hobos, and the lighting was as bleak as could be.  It was 2.5 hours of nearly unrelentingly repellant squalor that frustratingly smothered the beauty of Shakespeare’s poetry and made it virtually impossible to see the nobility within the fallen (falling?) souls that makes the play such a tragedy.  I was tempted to leave at intermission but stuck it out was rewarded with the only glimmer of beauty the entire night: MacDuff’s reaction to the massacre of his family was heartrendingly tender.

The best part of the night came after the theatre as I strolled along the banks of the River Thames.  Such a great setting, and it put me in mind of so many other great cities of the world and their river banks — New York, Washington DC, Paris, Shanghai.

The rest of the weekend was filled with administrative tasks:  tax forms, lots of travel arrangements (Luxembourg, Munich, Brussels), and travel expense reports (they do stack up!). 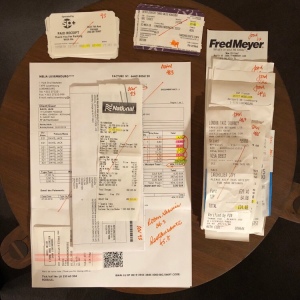 I’m going into a particularly heavy travel period:  I calculated today that between work travel and vacation, I will be in London for a mere 13 days in all of March.  Crazy!

← A windfall weekend
I may have a thing for dishes →
Follow A More Gentlemanlike Manner on WordPress.com