July 2, 2014 · by JJD · in Dance, Food, Japan, Travel · Leave a comment
For performing-arts enthusiasts such as Amanda and I are, it isn’t enough just to see temples and gardens:  We always supplement that sort of sightseeing with cultural events, such as concerts, dance performances and theatre.

We didn’t have time (and it wasn’t the right season) to take in these cultural events as they would ordinarily be performed, so we took advantage of the next best thing; namely, a sort of Reader’s Digest overview of Japanese arts provided by Gion Corner. 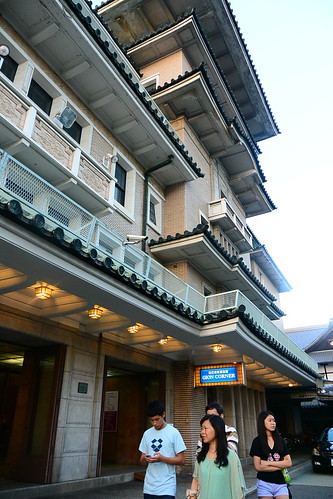 The performance begins with a demonstration of Chado, the classic tea ceremony dating back to the 18th Century.  The ritualized, deliberate movements of the preparation and serving of the tea was neat to see and gave me goosebumps. 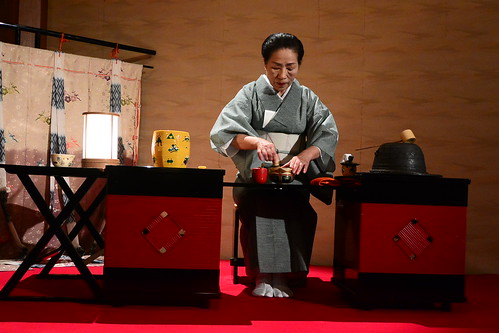 At the same time, on a different stage, another woman demonstrated the art of Japanese flower arrangement.  The tradition of arranging flowers began with altar flowers in Buddhist temples and became fashionable for tea houses in the 16th Century.  The objective is to create a simple, natural and symbolic arrangement (which may or may not actually include flowers). 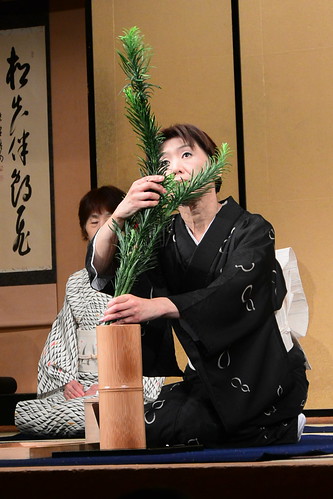 Various performers presented traditional Japanese harp music (Koto) and court music (Gagaku).  The narrator explained that court music was performed exclusively at the court and so never caught on among the common people.  (After hearing it, I suspect that it might not have caught on even if it hadn’t been restricted to the court — to my ears, it was shrill, dissonant and kind of awful.)

Then came the Kyoto style dance (Kyomai) performed by Geisha.  It’s a stylized form of dance that relies on gesture more than facial expression to convey emotion and narrative.  The narrative of this dance was “Chasing a butterfly”.  As far as we could tell, the “chase” consisted of standing in one place and pointing. 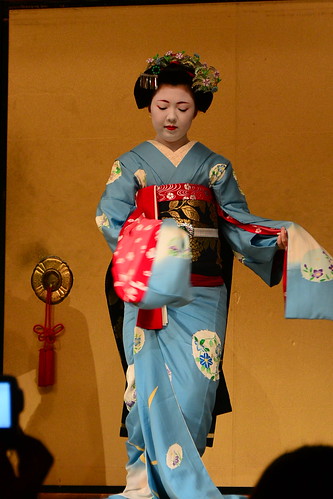 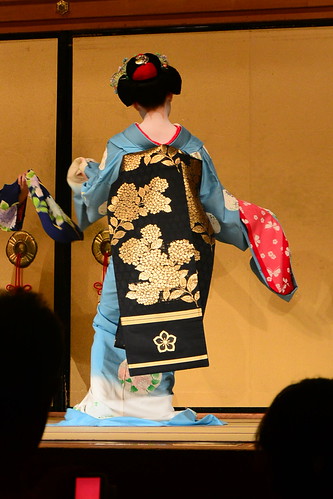 The last installment was a demonstration of Bunraku, a form of puppet play where the puppets are complicated creatures operated by several people.  You’d think the puppeteers would distract from the “reality” of the puppet, but they don’t — the movements of the puppet are so oddly lifelike that the puppeteers quickly recede into the background so you hardly even notice them. 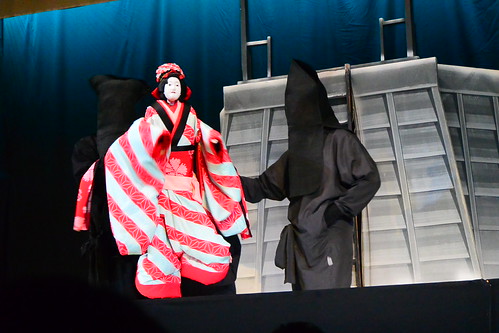 After the performance we made our way through Gion in search of Aunbo, a a restaurant in Gion that came well-recommended by our guidebooks. 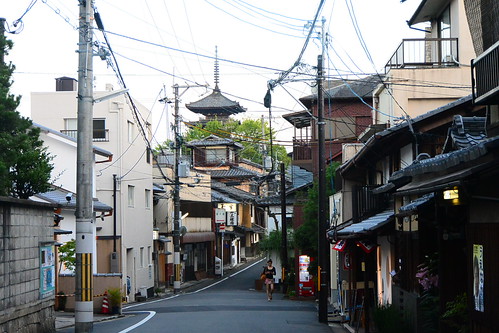 We sat at the counter and enjoyed a Kaiseki meal similar to what we had at Nanba the night before.  The food was good and the chef very attentive and interested in making us happy (didn’t stop us from observing the lack of Michelin-quality refinement, but still a good time).

It was dark by the time we had finished dinner, and our walk home was illuminated by a lovely bank of paper lanterns.  We don’t know what they were for, but they made us happy. 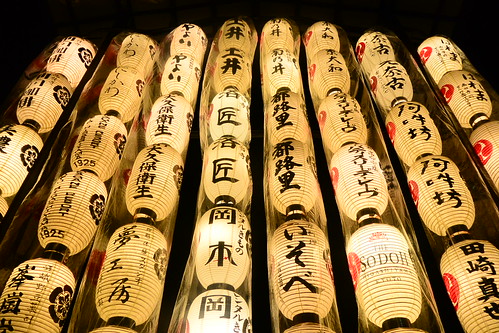