Getting to Seoul (and what we ate)

June 22, 2014 · by JJD · in Books, Friends, Movies, Travel · Leave a comment
It’s one thing to stay up till 2am packing for a trip — what with the caffeine, the excitement, and the indecision over whether to pack all four pairs of shorts and two pairs of jeans, you declare that sleep is overrated and you’ll have plenty of time for that on the plane.  It’s another thing to have the alarm clock go off a mere three hours later and realize that hitting “snooze” is not an option because the airlines don’t wait.  At that point, you curse those pairs of shorts and take comfort knowing that the flight to Korea is very, very long — oh blessed nap time!
Fortunately, by the time we got to the airport, the sun was up and the excitement of traveling had set driven all that sleepy grogginess right out.  We were on our way to Korea!

The first leg of the trip took us to Vancouver, British Columbia. A short jump of only about 35 minutes, the flight hardly seemed worth it. But the low altitude of our two-propeller plane meant we could soak up the spectacular natural beauty of Puget Sound, the San Juan Islands and the snow-capped Cascades. Also, it meant one more stamp in the passport than we’d have had if we’d gone straight to Seoul — woot! 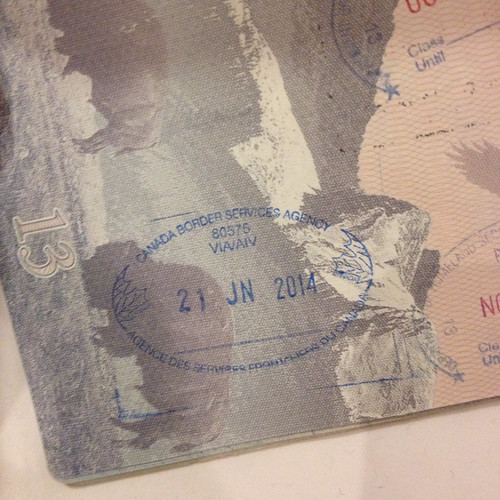 Our Canadian layover was long enough for a comfortable meal, and although it was still only 10:30am, we had been up long enough to be ready for lunch.

Or maybe we should call it brunch, or elevenses, or whatever — because as soon as we got on the plane they served us another lunch. Naturally I wolfed it down. Travel mode is akin to survival mode, in the sense that you don’t turn down a hot meal when you don’t know when the next one will come.

Despite my early-morning intentions to sleep during the entire flight to Seoul, once I got on the plane I just couldn’t do it. I mean, when else am I going to have all those uninterrupted hours to read books and watch movies and listen to playlists of international music curated by an airline for mass consumption?

I began by finishing Where’d You Go, Bernadette?, which ended in what I felt was an unsatisfying state of disarray. 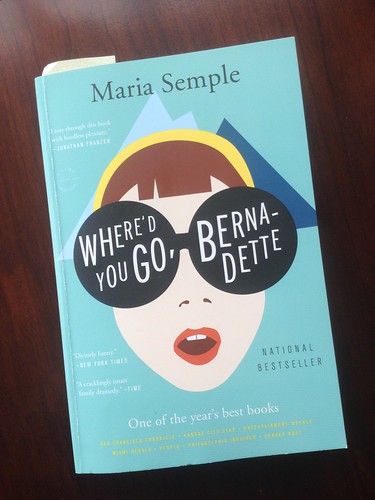 Then I settled down with a new book about sex.

Well, more like the physiology of sex and history of our scientific study of it.  The first few chapters of Mary Roach’s book, Bonk,  were all about how awkward it is to be a scientist researching (or a nonfiction author writing about) everyone’s favorite but oh-so-unspoken pastime, and about how it took science a really long time to research things like vaginal orgasms with a straight face and any sort of scientific rigor.  (It’s a super interesting book, and Mary Roach has a wonderfully wry take on the subject matter; I only wish she’d provided a couple of diagrams for those of us whose only experience with lady parts dates back to the oh-so-chaste diagrams they show in 8th-grade sex ed.)

When my eyes got tired of reading, I switched from text to video.  I watched Kate Blanchett fall apart  beautifully in Blue Jasmine . . .

and marveled, sometimes literally with bated breath, as Tim Jenison figured out how to recreate a Vermeer painting in the documentary Tim’s Vermeer . . .

before taking a break for ramen . . . 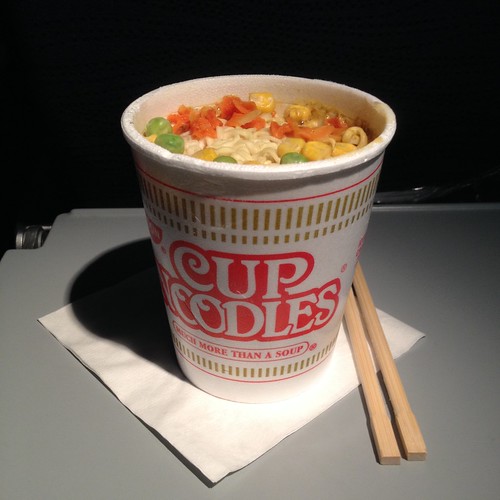 and then finally catching up on the latest season of Sherlock.

By that time the flight attendants had brought up the cabin lights and were serving breakfast.

Before I knew it, we were descending into Seoul.  Only then did I realize that I’d forgotten to take a nap!  It’s just so hard to fit everything in during a ten-hour flight!

← Vacation!
Staving off jet lag on the first night in Seoul →
Follow A More Gentlemanlike Manner on WordPress.com