Death Valley is the hottest, dryest and lowest spot in North America.  It’s an extreme moonscape; a fantastic geological kaleidoscope of rock, salt flats and a handful of insane plants.  It’s also only about 150 miles from Las Vegas, so on Monday morning we packed our lunches, filled our water bottles, donned our Lawrence of Arabia costumes, and trekked into the desert to see this natural wonder.

As we left Las Vegas, we passed the lovely rock formations of Red Rock Canyon. 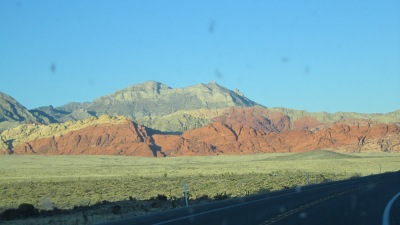 But that geological variety show quickly gave way to more barren wasteland, inhabited only by cowboys, wild burros, and some of the few legally operating prostitutes in the U.S.

Surprisingly, there is an opera house in the middle of nowhere. 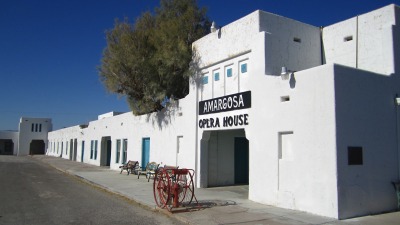 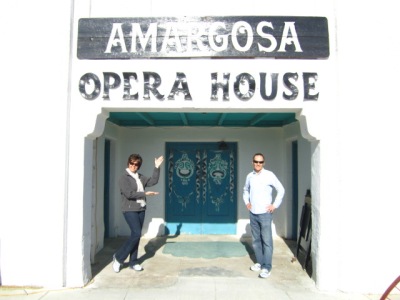 After that burst of culture and civilization, it was back to the desolate wilderness.

Eventually we came to Twenty Mule Team Canyon.  It’s a fascinating maze of rocky dunes named after the twenty-mule wagon teams that were used in the borax mining operations that were active in the region during the 19th Century. 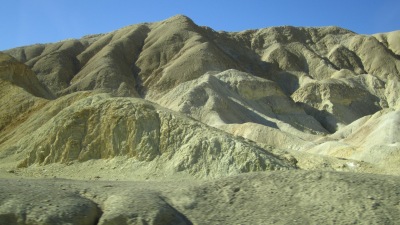 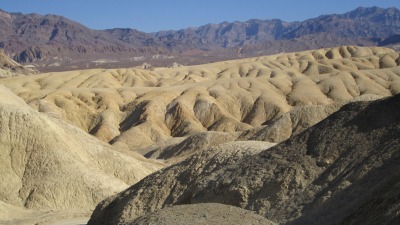 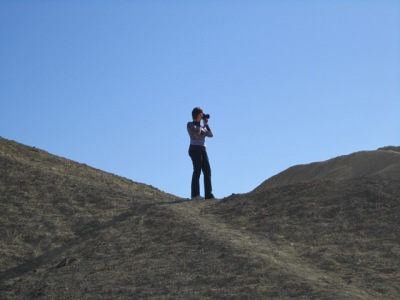 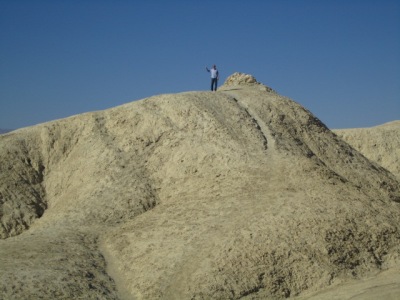 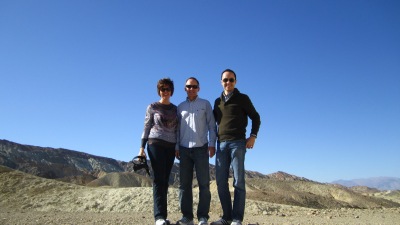 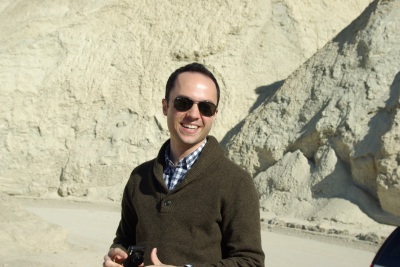 From there, on to Zabriskie Point. 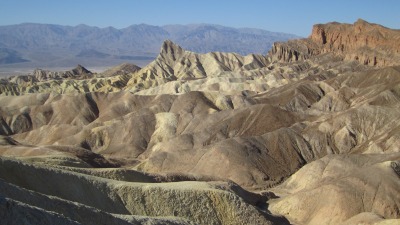 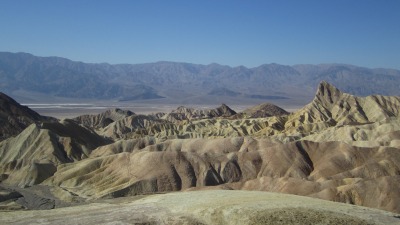 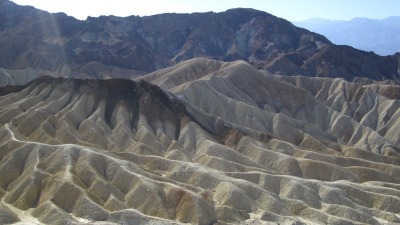 We had been traveling downhill for quite a while, with periodic elevation markers to indicate our progress.  We knew we were getting serious when we got to sea level.

But we hadn’t hit bottom yet — the land kept falling away toward the salt flats at the end of the valley. 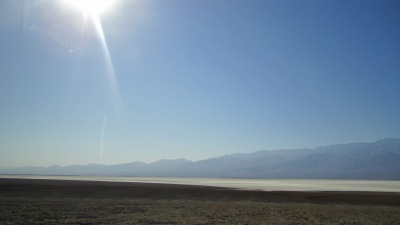 Badwater Basin is the lowest point of the valley.  A helpful sign gives the relevant stats.

A boardwalk bridges the delicate salt-water marsh, leading us to the snow-white expanse of crystallized salt. 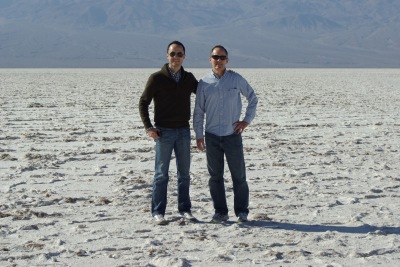 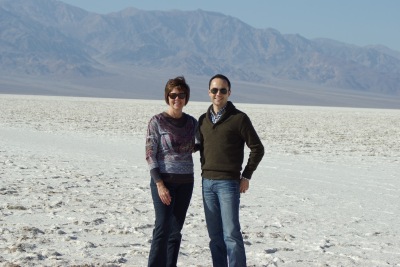 Thirty-three years ago next month, Lady and Dad came here on their honeymoon.  When we got home, we pulled out the old photo album — lo and behold, so many of the photos were the same!  What a fun way to retrace the ancestors’ steps.

← Las Vegas – The Strip
Boise in the snow →
Follow A More Gentlemanlike Manner on WordPress.com