I did not kiss the Blarney Stone

As an expat in Europe, few things betray my North Americanness more than (1) not taking an extended vacation in August, and (2) castles. I can’t seem to get over either of them. Hence my one-day August holiday to visit Irish castles… 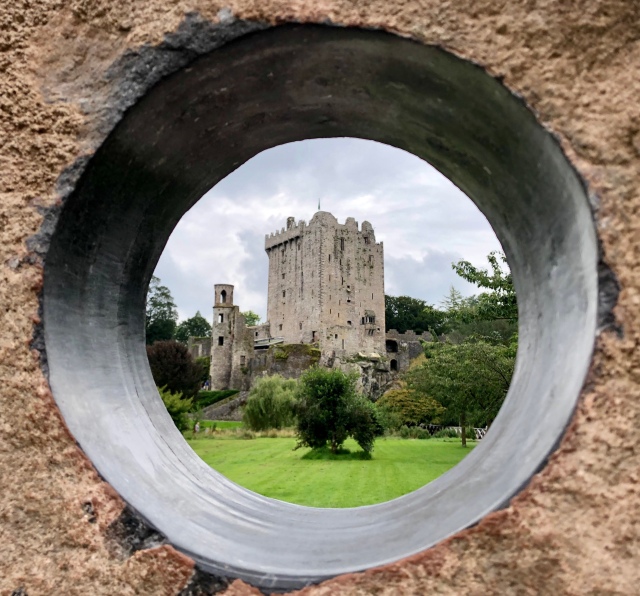 Today’s destination: Blarney Castle, just outside Cork. It’s one of the better examples of what appears to be a particularly Irish type of castle. Apparently the Middle Ages all the nobles built these square towers to live in and protect themselves. I’ve seen a bunch of them dotting the hilltops as I’ve driven through the countryside, but this one’s the most famous.

Built in the 1440s, its wonderfully castley, perched imposingly on a rocky outcrop, with narrow slotted windows and bigger openings where the, um, latrines evacuated. 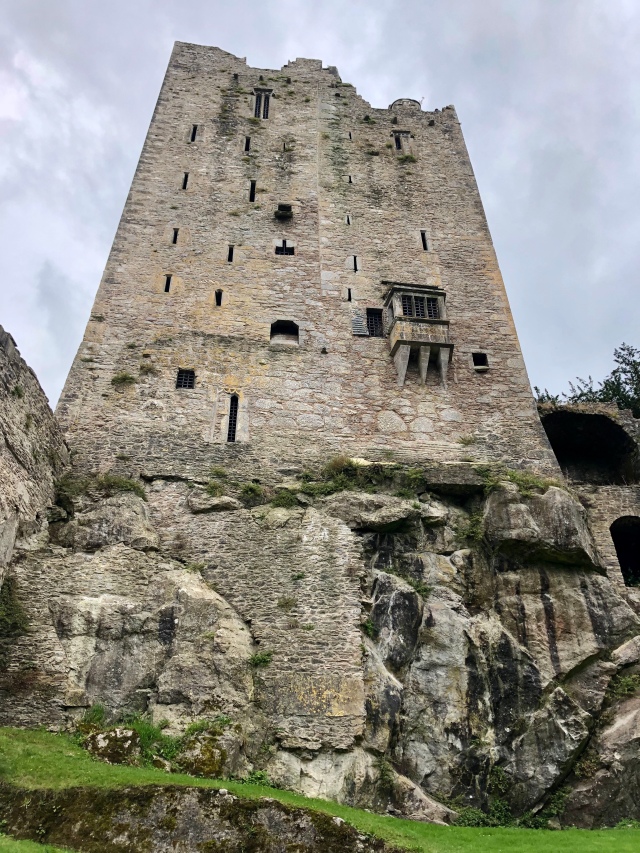 The interior is about as grim as you can imagine. This is no fairy-tale castle — or rather, it’s exactly the sort of fairy tale castle: the sort that Rapunzel gets locked up in. The rooms and stairways are small, dark, and airless. Even in a quasi ruined state they were damp and smelled like sweaty tourists. 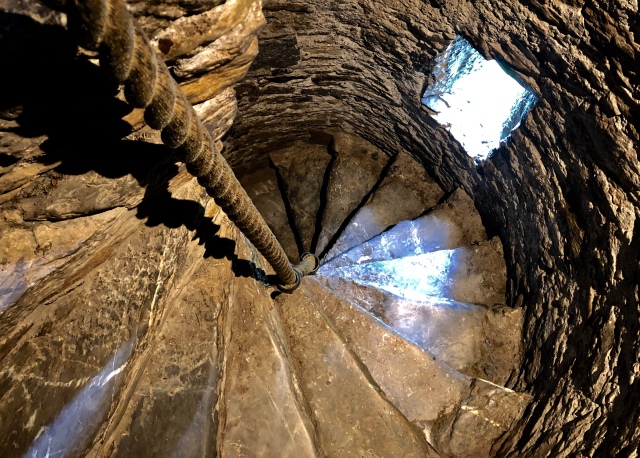 And yet for some reason everyone thought it would be a great place to bring their tiny children. You know, because what two-year old doesn’t love climbing six storeys of winding uneven stone stairs?

The main attraction, of course is to kiss the Blarney Stone, which sits at the top of the castle in a hard-to-reach spot (you lie on your back and hang out over the abyss to kiss it upside down) and allegedly blesses the kissers with the “gift” of insincere eloquence. In the peak season the line to kiss the stone winds all the way downstairs and outside the castle. Today the line was short enough but the idea of kissing a spot kissed by hordes of the unwashed masses was more than I could even — so I passed on by. 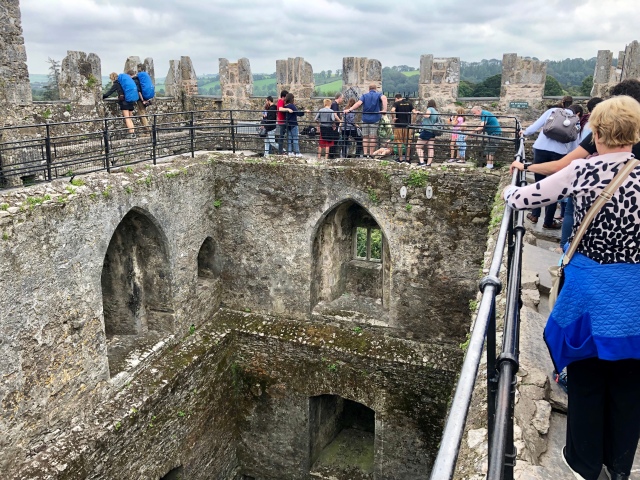 Back on ground level I ventured out into the gardens, which didn’t quite stand up to the great English gardens I’ve been seeing, but had some nice moments.

I liked the poison garden that stretched out from the base of the tower and was full of evil-sounding Deadly Nightshade and mandrakes, as well as marijuana and tobacco, and — in somewhat of stretch — catnip. I loved that the more sensational plants were gown beneath wrought iron cages that made the plants look like imprisoned criminals (and presumably kept the acquisitive fingers of tourists at bay). 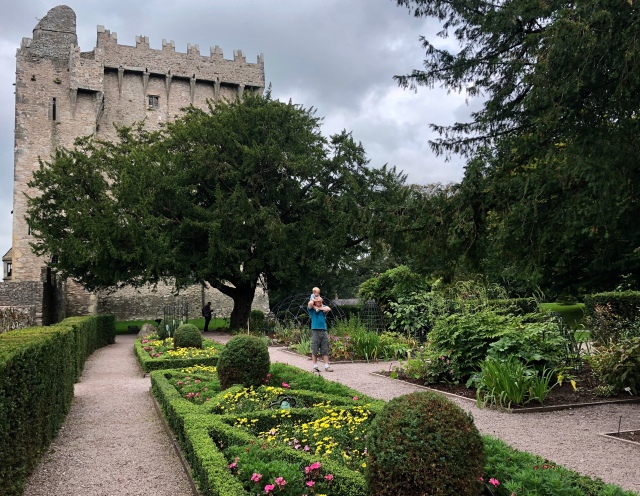 Further afield the gardens were more traditional, and I particularly liked these borders with their groups of grasses. 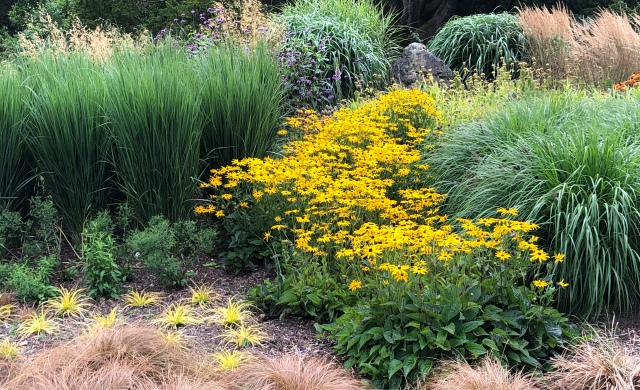 And if you have any doubts about how damp Ireland is, take a look at the thick pelt if miss and ferns growing on the limbs of this oak tree! 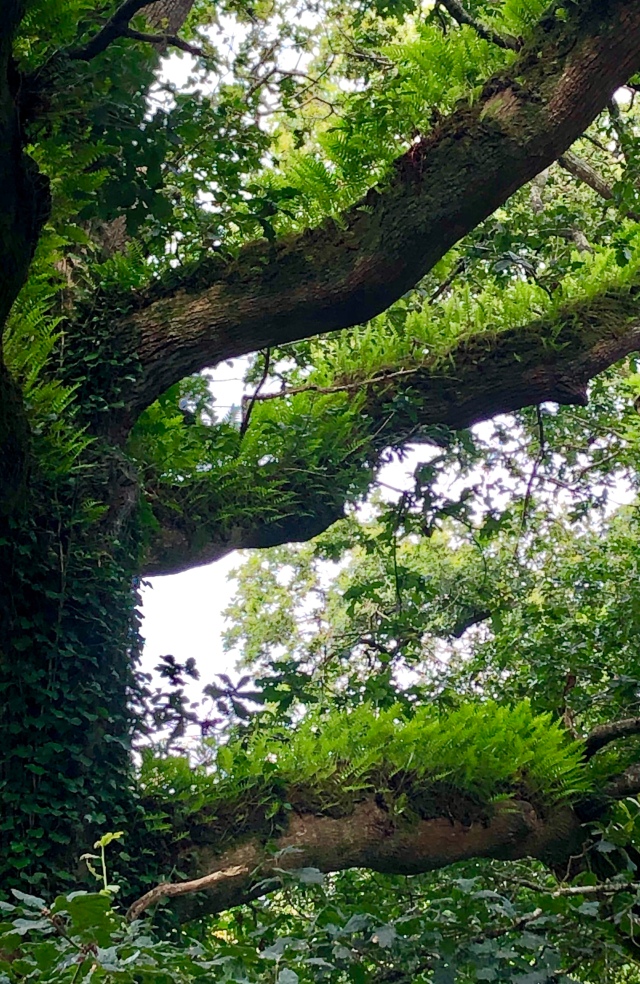