So I unexpectedly saw my first play in Russian tonight. More than that I’m not entirely sure — and I’m inclined not to Google it, because this bewildered feeling of “OMG what the heck was that” is delightful and rare. Let’s just say the play is called “The Knight of the Flaming Pestle” and is an adaptation of a 1607 presumably English play that I expected to be performed in French but was actually performed in Russian (which maybe should be less of a surprise given the last thing I saw this group do was Shakespeare’s Pericles, which I expected to be in English but was in French). There were star-crossed lovers, meddling audience members, and a Don Quixote-like character whose hilariously protracted death was a tour de force (think of all the best Shakespearean death monologues strung together melodramatically and in Russian). 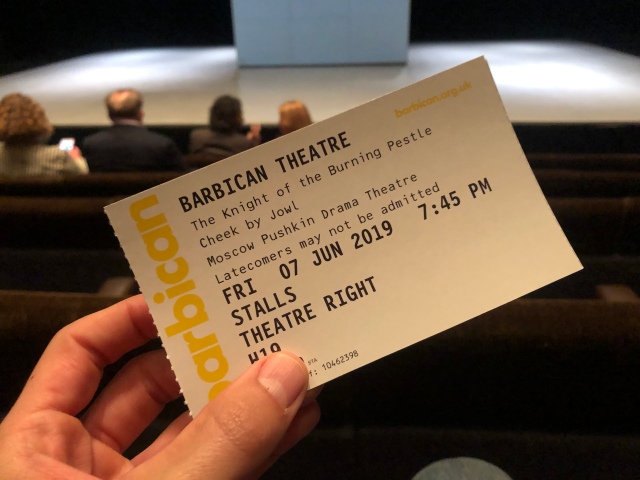 ← Not in Boston
I’m in Cologne! →
Follow A More Gentlemanlike Manner on WordPress.com