May 4, 2019 · by jackjasondavis · in Architecture, England, Flowers, Food, Gardening, Things I love, Travel · Leave a comment

Last night I flew from Brussels to Cornwall because it’s a bank holiday weekend and this piece of England needs some extra time.

The initial impression was a bit grim. I was on the last flight into Newquay, managed to pick up a rental car right before they closed, and checked into a rather shabby Best Western. At the outrageous hour of 11pm literally everything was closed except Burger King, so dinner was an experience.

But today more than made up for it. I headed up north to see Tintagel castle, where according to legend King Arthur was begot under adulterous circumstances. The ruined castle is pretty far gone, but the setting is wonderfully atmospheric. 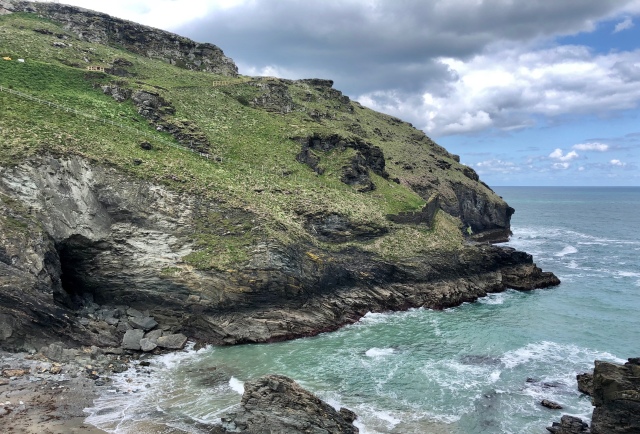 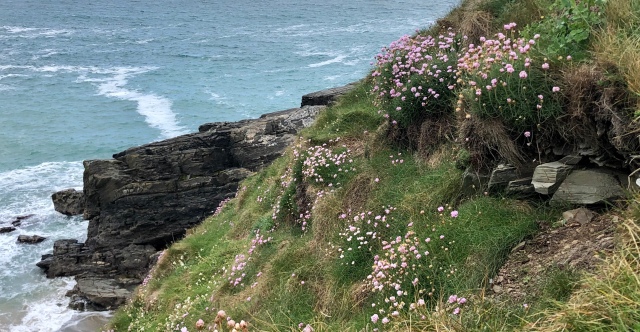 In much better shape was the medieval “hall house” in the nearby village. It was built in the 1390s as a private dwelling and is one of the best examples of this kind of architecture. As charming as it is from the outside, seeing the interior drove home again that the Middle Ages were not a comfortable time to live. I mean, they were basically camping inside a freezing stone room.

From there I drove over to Lanhydrock, a terrific Jacobean building with a beautiful, mostly Victorian interior.

My favourite parts of the interior were the kitchen, which had a gorgeous vaulted ceiling . . . 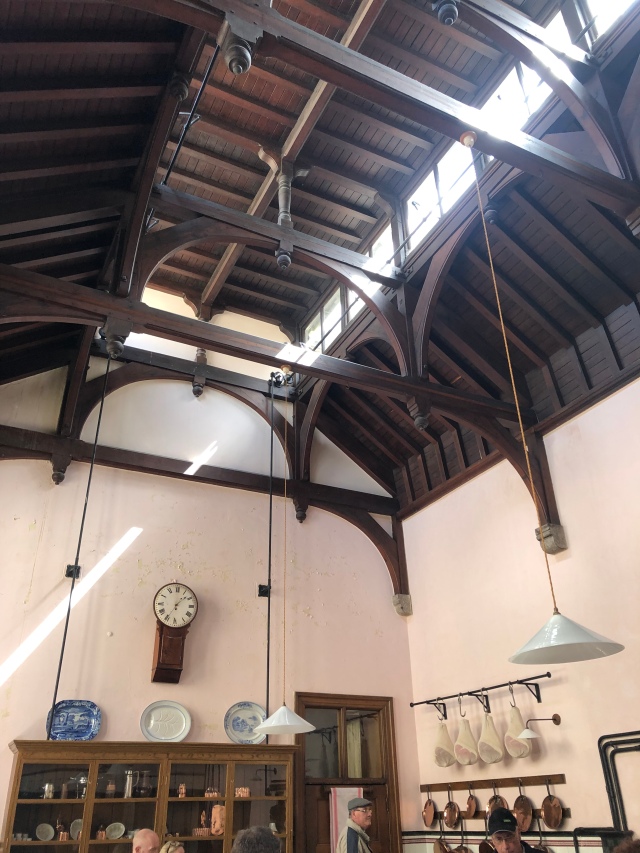 . . . and the long gallery with its 17th Century ceiling.

And then of course there were the gardens . . . 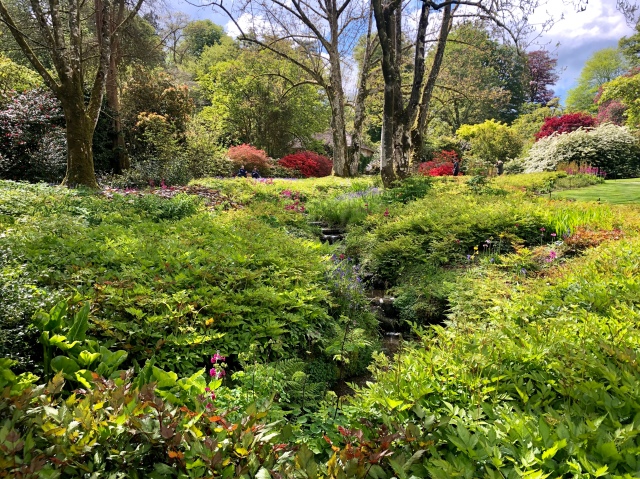 . . . and parkland with woods carpeted with drifts of bluebell hyacinths. 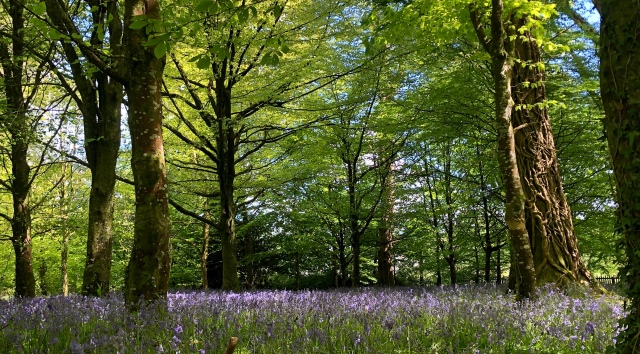 From there I headed south to St Ives, where I’ll be staying the next two nights. I splurged and booked myself a room in a castle-turned-hotel. 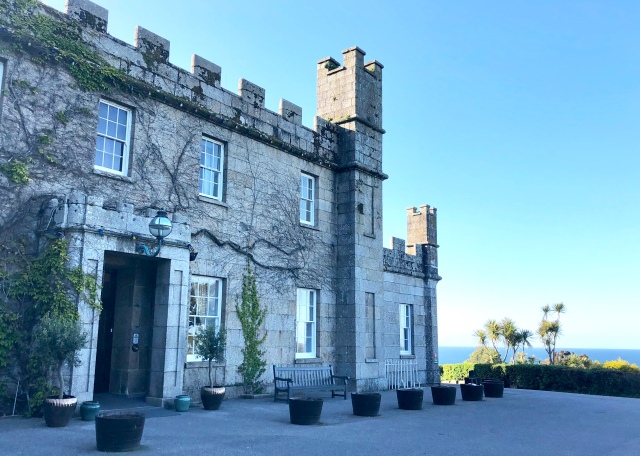 Let’s just say that I was not disappointed with the view! Seriously, I hadn’t realised England could look like this. 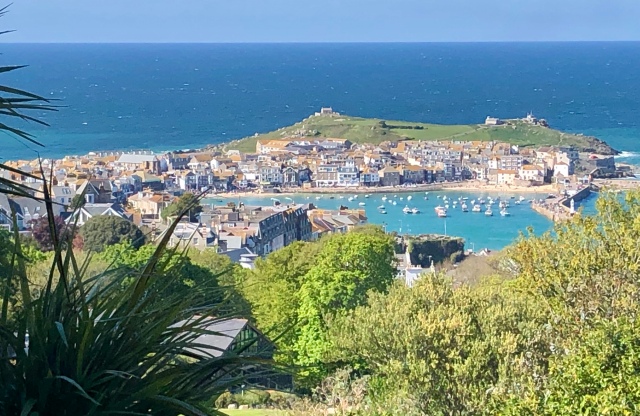 I took a quick nap on the sofa on my room and walked into town to get the lay of the land. The town is jumbled and resorty, and I’m looking forward to going back tomorrow when the shops are open (pottery!).

I was down on the waterfront when Justin called, so I sat and talked as the sink sank. I chased it down the jetty to the lighthouse trying to stay warm, but the wind was stronger there. 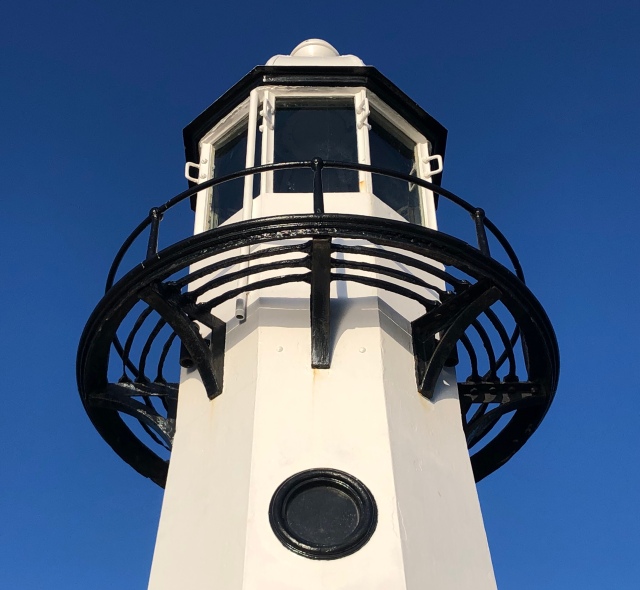 I thought dinner might be a chance to warm up inside, but the place I found (with a Michelin sticker) had no room inside–so I settled for a stack of blankets and an outdoor heater on the balcony overlooking the harbour, and it was wonderful. Crispy calamari followed by fillet of hake. 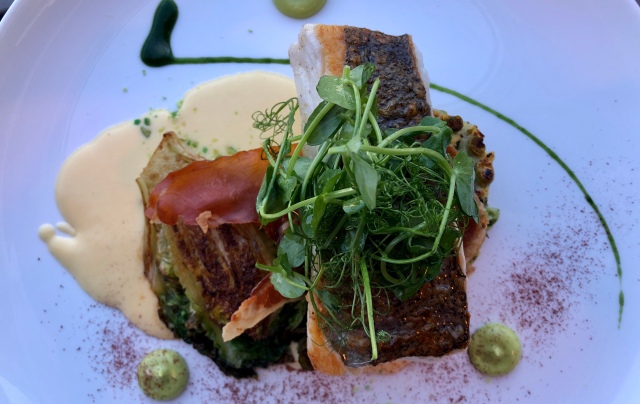 ← Brussels!
Sightseeing along the Cornish coast →
Follow A More Gentlemanlike Manner on WordPress.com