From some very young age (maybe 8 or 9?) when I first saw my mother’s photo albums from her time as a student in Germany, I have wanted to (1) live in Europe, and (2) have flower boxes in my windows.

This has been an elusive goal.  I’ve done parts of it — this is my third stint living in Europe (never with window boxes, though I did get yelled at for putting a potted geranium on my window sill at school in Rennes), and in middle school I fashioned a window box from scavenged 2x4s and attempted to grow mint, bergamot, and yarrow in it (so crude was my construction that most of the soil ran out in muddy rivers the first time I tried to water) — but so far the dream has been unrealized.

I resolved a couple of months ago that this would be the weekend to create my window boxes — it was Mother’s Day in the US (appropriate, given my inspiration) and also the only weekend that I will actually be in town this month.

After purchasing my Wedgwood fruit bowl yesterday, I hopped on a bus to the nearest garden center.  It was raining steadily when I arrived, which meant that I did not have to deal with the crowds that I’m sure would otherwise have come, but also that I was quickly wet and cold and feeling not a little overwhelmed.

Overwhelmed?  What?!  Normally nurseries are my happy place where creative juices flow.  But I realized that I didn’t have a clear vision of what I wanted to accomplish (other than to win at window boxes), and also that this Life Goal of mine had somehow raised the bar impossible high.  Also I was hungry.

So I found the nursery’s cafe and ordered a plate of bruschetta and some locally hand-made hipster ginger beer, all of which was amazing . . . 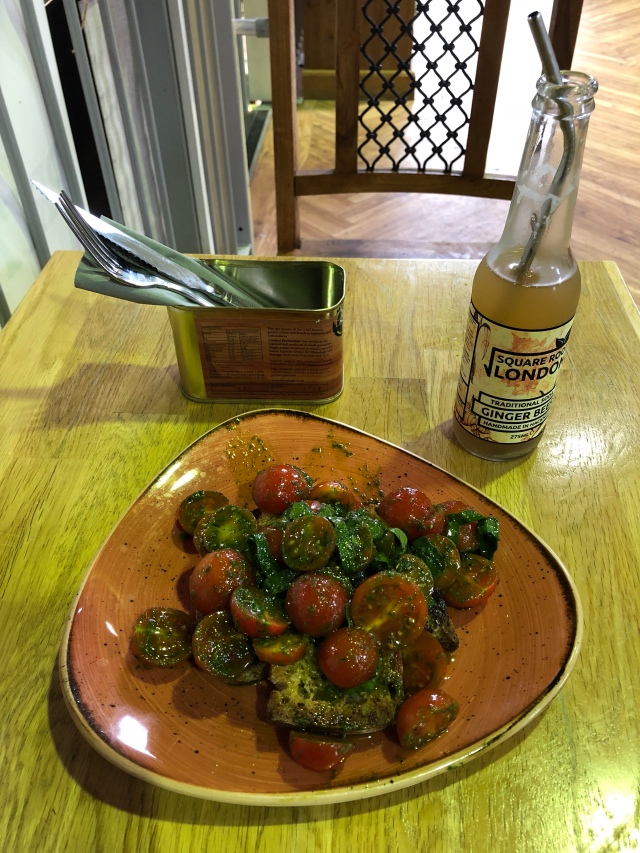 . . . and started Googling window boxes for inspiration.  As I scrolled through pages of gorgeous photos, I felt myself let go of the amorphous “perfect” arrangements and started to think concretely.  How big were my boxes?  What sort of exposure would they get?  What textures did I want?  What was my color palette?

So I started by finding the perfect pink geranium . . .

Nasturtiums were next.  An easy choice given their vibrant yellows and oranges and vigorous trailing habit.  Then I added some yellow snapdragons for height, and threw in some bright pink calibrachoa (look like small trailing petunias) and orange-yellow trailing bidens (think tiny daisy-ish flowers) for additional texture and shape.

There was obviously more on my trolley than could be carried onto a bus, so I called an Uber to take me home.  I made sure to order a van so there would be enough room in the trunk. 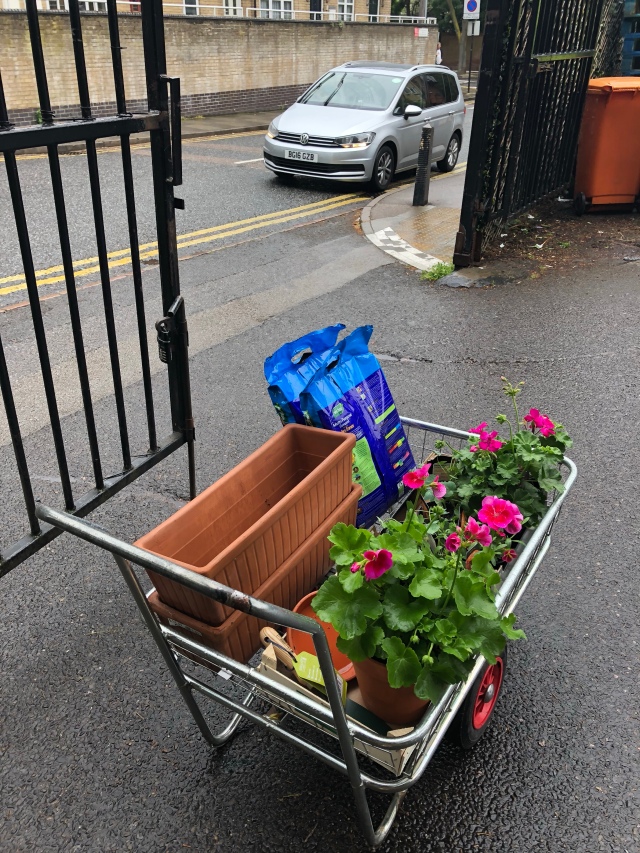 I got home and set to work planting: 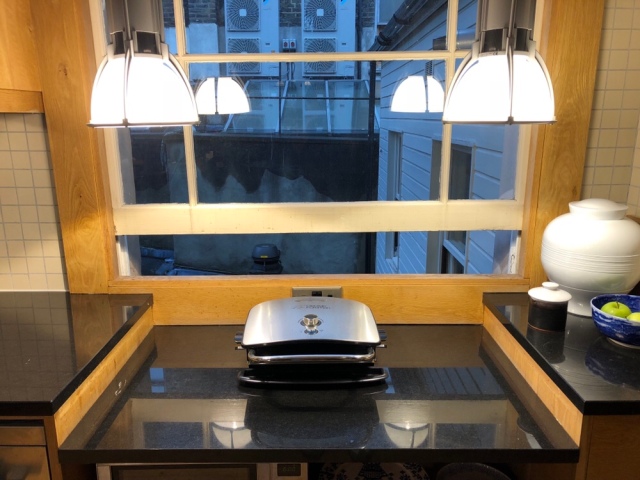 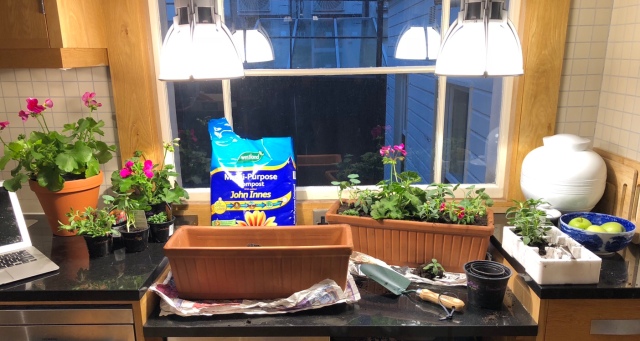 So now I have window boxes!  They sit just outside my kitchen window, a westerly exposure.  It’s kind of an unusual set-up for a window box, in that there’s no one on the other side who will be looking at them — the audience is me, on the inside.  I’m a little worried that all the fun will pour out the other side and not be visible from where I stand.  So I got an extra geranium in the same hot pink and put it in a pot on the counter inside the window.  That way I bring the outdoors in and minimize somewhat the barrier of the window. 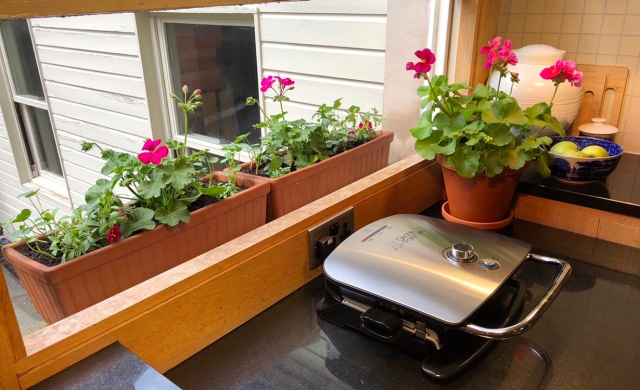 The plants are still small so there’s no profusion of color yet — but I have a feeling they’re going to be awesome.  Can’t wait for summer to get here!