September 2, 2017 · by jackjasondavis · in Exercises in not taking myself too seriously, Perspective, Trials and Tribulations, Work · Leave a comment

I felt a bit blue tonight.

Work has been really intense lately. I closed a major deal on Friday which should have many that I could finally relax a minute this weekend. Only I’m so far behind on a number of other important projects that I had to jump right back in.

After working through yet another sunny Saturday in London, I talked to Justin for a while and then had to figure out what to do with my evening. I ought to have gone grocery shopping or tried to tick a few more items off my “moving in” list. But that felt bleak so I escaped to the cinema.

I saw Patti Cake$, which tells the story of a poor white girl in New Jersey trying to break into the world of rap. The struggles of  poverty were grim and the language foul, but the hope and determination of the protagonist were heartwarming.

I left the theatre feeling aimless and thinking about my own attitude and what I could do to feel better about things. As I stood on the sidewalk I heard the fiddle of a street musician, and it was pretty good. My first instinct was to stop listening–because I felt that listening without giving some coins would be unfair, and I didn’t intend to give any coins.

But why not? I had coins to spare, the man needed the money, and judging by my reaction to his music, I apparently needed his song. So I reached into my bag and gave.

In doing so, I felt myself open up. I’ve been so alone since moving to London, so focused on surviving work and managing the myriad personal affairs of an international move, so focused on myself and what I need. It felt good to be generous.

And then I saw a little pop up food stand selling buckets of jerk chicken. I had been planning to eat a dinner of cold cereal in my flat rather than deal with finding a new dinner spot. But my pause for the fiddler made me willing to pause again for the chicken. I still ate it at home, alone, but it felt good to be open to a new thing. 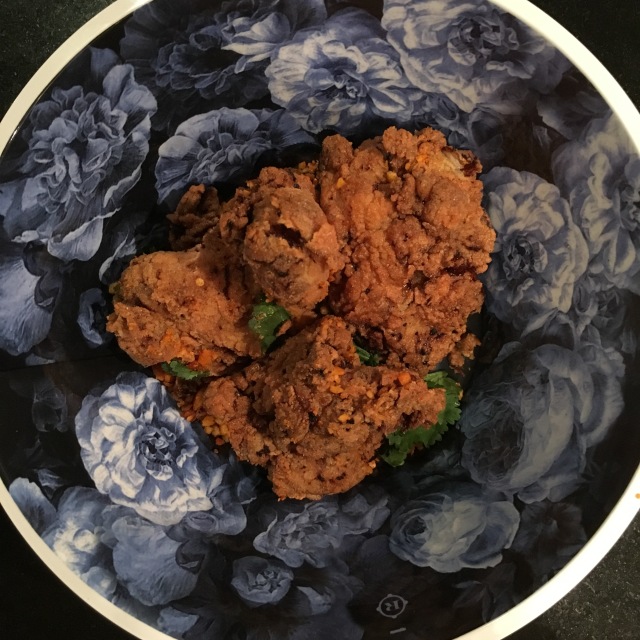 As I ate, I thought back on the early years in my career, when I had been more adamant about carving out time for myself despite the pressures of work. I worked longer hours than I do now (though not by much), but I still made sure I managed to squeeze in things that made me feel interesting and excited.

So I started making a list for tomorrow. It would still be a working Sunday, but I would make sure to get up early and do something active and something fun and hopefully even something social as well–so long as I stopped feeling like I had to wait for my job to solve itself before taking control over how I wanted to feel about myself.

← Ummm
Salmon at midnight in Madrid →
Follow A More Gentlemanlike Manner on WordPress.com