Seattle for the Fourth – Legos!

July 6, 2016 · by JJD · in Family, Seattle · Leave a comment
When we went to bed after the fireworks on the 4th of July, I told my parents that we didn’t have any fixed itinerary for the next day, so they were free to take all the time they wanted in the morning and we’d figure out what to do with the rest of the day before they needed to be at the train station.
They took me at my word!
We left for breakfast at noon.  Or, rather, we skipped breakfast altogether and went straight to lunch.  We opted for a quick pizza from MOD Pizza at the Seattle Center Armory, because that put us only a few steps away from the Pacific Science Center and their very cool exhibition of Lego art.
Apparently this guy went to NYU Law School, practiced corporate law for a few years in a big New York law firm, and then decided one day that he could make a living playing with Legos instead.  Not just playing, making legit art! 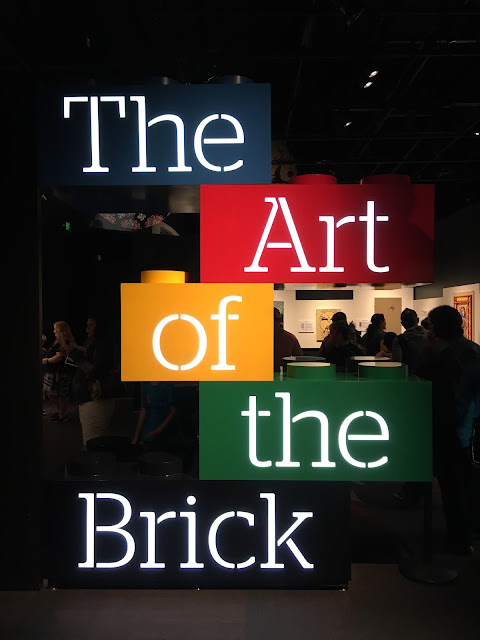 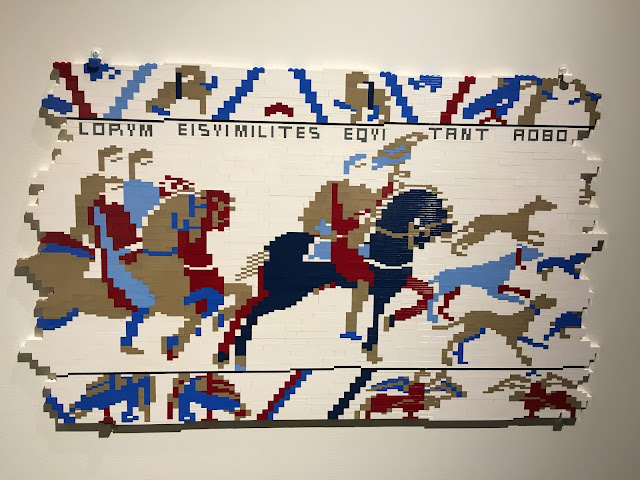 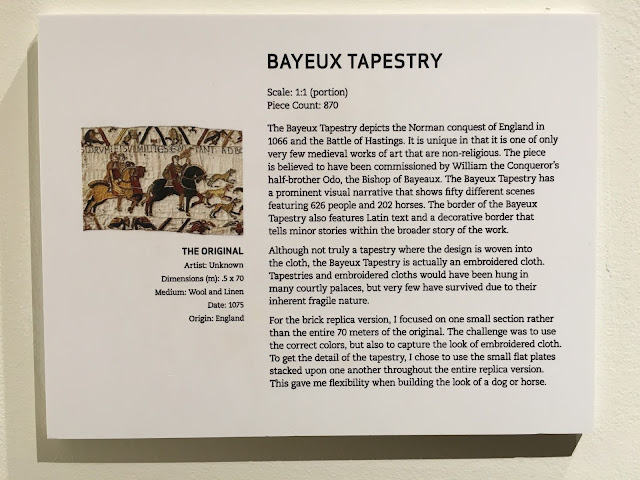 The lego blocks gave a strangely pixellated effect to the artworks, evoking both the original subject as well as other art-historical movements such as impressionism, pointillism and whatever you call Chuck Close’s technique. 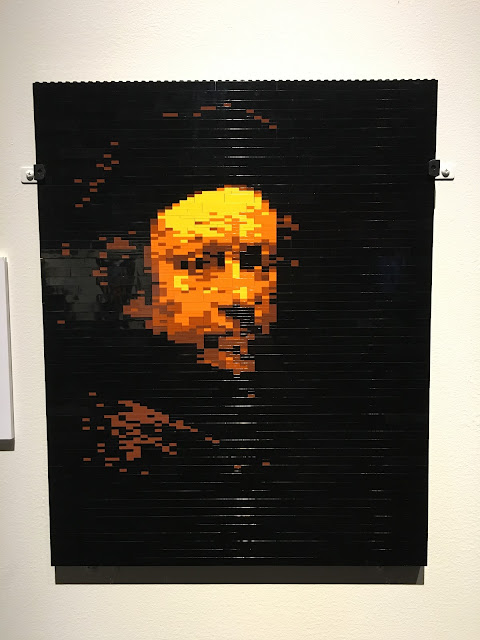 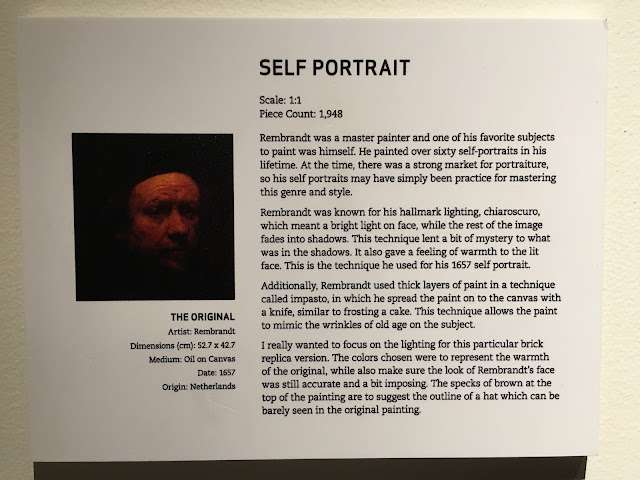 By the time we got to the actual impressionists, we had moved beyond 2D into 3D.  Which is interesting because part of what made Van Gogh’s works so exciting was the feeling of movement that came from the 3D effect of all those heavy brush strokes on the canvas.  Oddly, though, this rendering in legos was less effective for me, as it started to feel like cross-stitch. 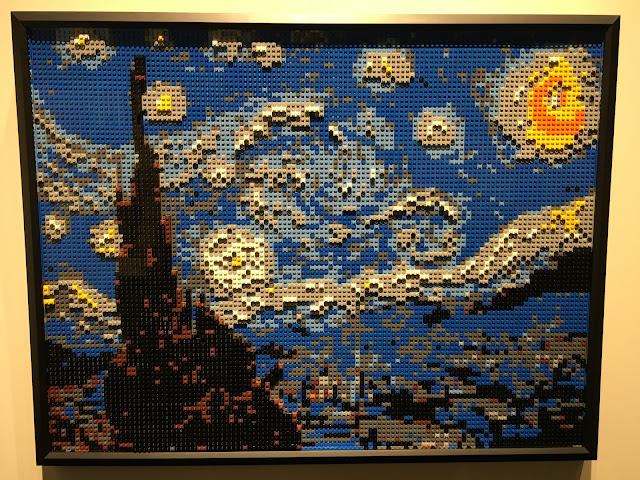 Progressing onward, we started blowing out the famous paintings into fully formed vignettes.  Whistler’s Mother is a little terrifying in this format. 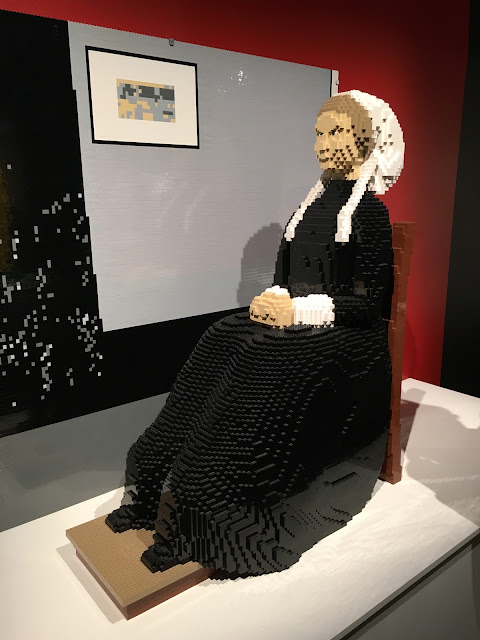 And if you had any doubts about the ability of Lego to take on actual 3D sculpture, you shouldn’t:  The “marbles” were super impressive. 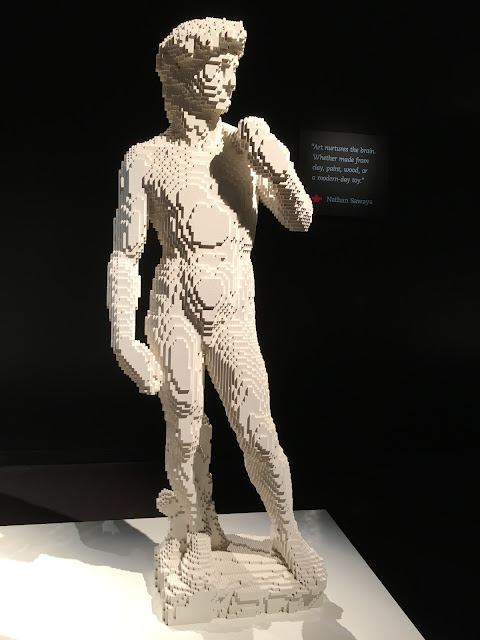 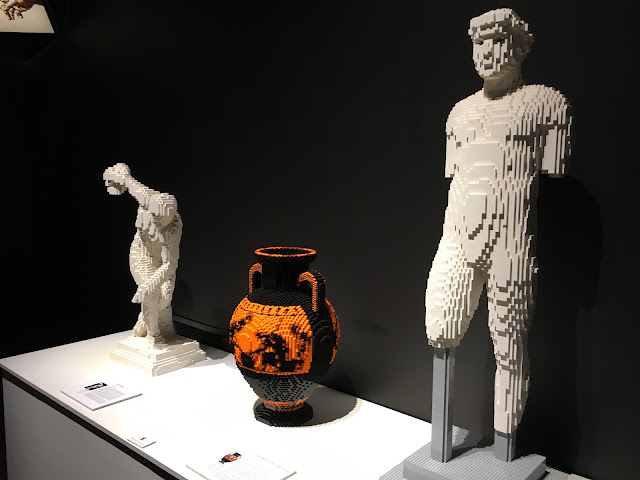 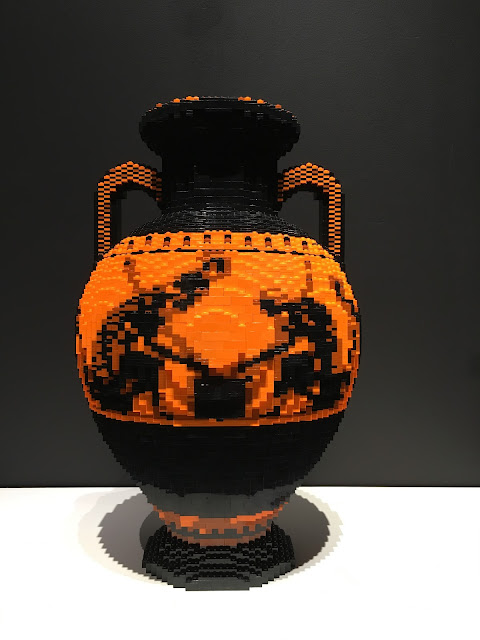 The terra cotta warriors made into the show, too.  (And the enthusiastic docent informed us that the real things would be coming to Seattle later in the year.) 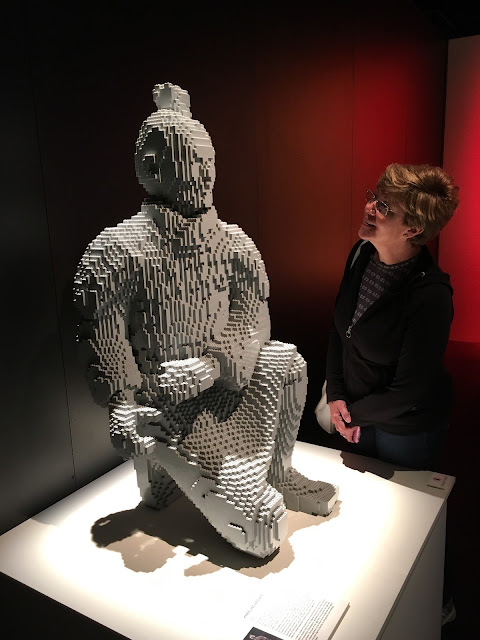 Once our tour of art history was complete, we moved into the artist’s own contemporary world.  He was clearly fascinated with the human form, and with the ability that legos have to build and unbuild the world.

We even got to take our picture with this “Green Guy” on our way out. 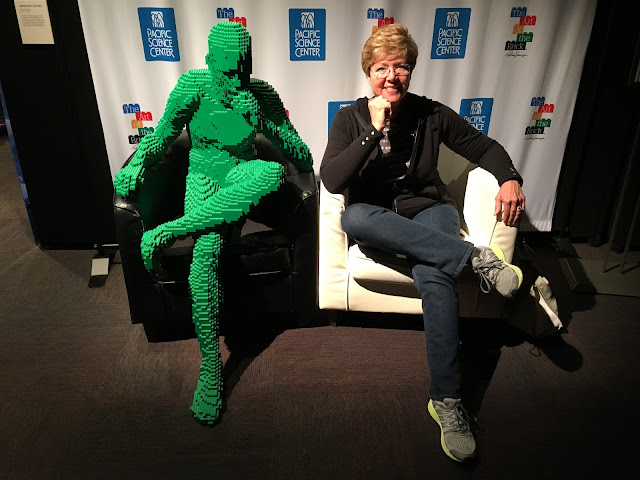 By the time we were done with the Lego exhibit, we had just enough time to walk down to the Olympic Sculpture Park for a quick walk along the water before heading to the train station.

It was a fun visit, and I hope we’ll be able to do it again soon!