February 21, 2015 · by JJD · in Food, Friends, Portland, Travel · 2 Comments
Okay, so if it’s Presidents’ Day weekend and you don’t get the holiday off of work, it’s just a normal weekend, right?  Wrong!  It’s time for a road trip to Portland with Amanda!

Amanda flew in from Denver on Friday night and I picked her up at the airport.  We were both on THE VERGE OF DEATH from starvation, so we warned each other of potential orneriness and trained our Google maps on the nearest restaurant we could find.  What we found isn’t worth writing about, but it did restore us to our typical selves and got us almost all the way through the three hour drive to Portland (we did stop at a gas station to load up on Twizzlers and Coke, only to discover that we were like a mile outside of Portland — nothing like a sugar/caffeine high right before bed!).

The hotel was right downtown and had wrap-around views of the city (thanks Will and Susan!).  We changed into our sleepwear — a voluminous burgundy nighty for Amanda (I keep telling her that diaphanous white nighties are what all the best heroines were wearing 150 years ago are wearing, but she doesn’t listen) and a borrowed hotel bathrobe for me (someone may have left his pjs at home…) — and discovered something great about road trips:  When you’ve just talked through the entire three-hour drive, you can go to bed at 12:30am like normal people instead of staying up all night talking!! 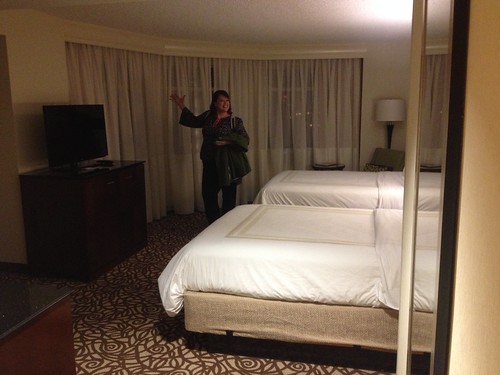 We kind of slept in the next morning but made sure to get out in time to beat the brunch rush at Broder Nord, a Swedish café on the north end of Portland.  I had heard great things and was eager to try it — and it did not disappoint!

Having breakfasted like the hardy Swedes of yore, we set off in search of Hipsters.  Because, I mean, this is Portland, Brooklyn’s rival capitol of Hipsterdom.  The New York Times had recently profiled a neighborhood that seemed particularly appealing, so we started there.  We quickly discovered that, while we may not be Hipsters per se, we certainly like buying all the things they’re selling.

We started at The Meadow, a shop dedicated to chocolate, salt and fresh flowers . . .

. . . which was only a few doors down from the adorable Pistils Nursery filled with succulents, orchids and chickens . . .

. . . which, in turn, was en route to a random shop full of witty t-shirts and postcards that help you evaluate how you’re living up to social norms. 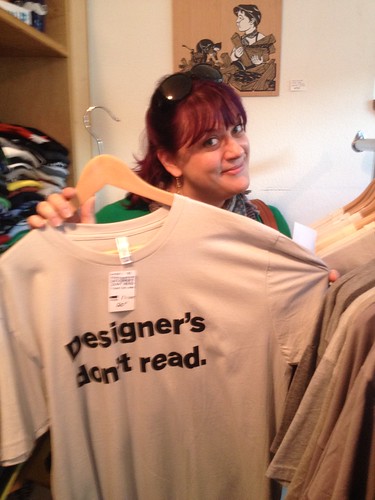 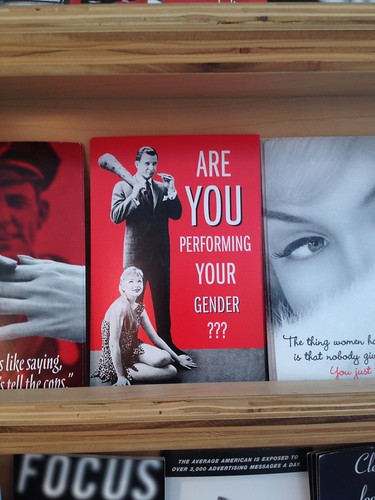 Eventually we landed at Paxton Gate, the motherlode of Hipsterdom.  The New York Times said the shop verged on self-parody, and well, that’s about right.  It’s essentially a taxidermy shop full of odd and beautiful creatures and staffed by odd and beautiful (in a pierced, tattooed, dyed sort of way) people who (with basically zero prompting) will super enthusiastically explain the mating practices of a giant bug pinned in a glass box, or anything else you might or might not want to know.  I kind of loved everything about it.

With arms now full of cactus and salt and chocolate and butterfly and witty postcards, we went back to the car and discovered that we were hungry again.  So off in search of food!  We followed Vanessa’s recommendation and tried Pok Pok, a Vietnamese-Thai place in south east Portland.  The chef won the James Beard award a few years ago for this place, and there’s been a lot of buzz (as well as a second location in Brooklyn — because hipsters).  The line was long, even at two o’clock, but oh man, IT WAS WORTH IT!  The pork curry, in particular, was really, incredibly delicious.

Once we had finished (and bathed in wetwipes to get the wings sauce off!), we walked across the street to Salt and Straw, an artisanal ice cream shop with unbelievable ice cream — and by “unbelievable” I mean both in terms of the flavors (tomato water and olive oil sherbet, anyone?) and how good they taste.  When we finally got to the front of the line, we took the same approach to tasting that I took to paint samples:  We tried as many as we could get away with and then still ordered a tray of four different flavors (and if the line hadn’t been so long, we would have gone back for another round!).

We left the ice cream shop delighted and full and without any plans for the evening.  It occurred to us that it was Valentine’s Day and that our chances of getting into any decent restaurants without a reservation were basically nil, so we decided to see a movie.  And in the best tradition of JJD/AJW travel movies, we picked the worst American blockbuster we could find:

We laughed and rolled our eyes and dozed off for a minute during this sci-fi farce, and emerged from the theater ready for dinner.  By that time it was late enough that we were able to find a table amidst all the people on dates.  The food was fine and the decor eclectic, but the fun part was asking each other a list of questions that are supposedly designed to make strangers fall in love.  We weren’t strangers and neither of us was looking to fall in love with the other, but we wanted to see if we would learn anything about the other person that we hadn’t already learned through our gazillions of hours of conversations and travel adventures over the past 16 years.  I’m not sure that we did — although we didn’t exactly play the game right; we kept getting side-tracked on tangents that were more interesting, so we never got to the really meaty questions.  But it was fun to think through the questions that we did get to, and also amusing to think of how we must have looked to the other people in the place:  Two people on a first date with so little to talk about that they resort to asking each other questions from a news article to make it through dinner… Oh, how little they knew!