Trek, Day 2: Sleeping under the stars (or not)

July 21, 2012 · by JJD · in Friends, Nature, Travel, Trials and Tribulations · Leave a comment
We had the choice of sleeping in the tents (which were stiflingly hot and smelled like sheep) or under the stars.  Since the windstorm by this time had died down, leaving an open sky and a light cooling breeze, we opted for the latter.
As you can imagine, the spread of stars that you can see at night in the desert so far from any cities is incredible.  We lay on our backs and picked out constellations.
﻿
I climbed a low ridge and could see a faint glow of the nearest village lighting the sky behind the dunes.  I put my camera on its longest shutter speed and was able just barely to capture the lovely silhouette.  Let’s see if it will register in the blog:﻿ 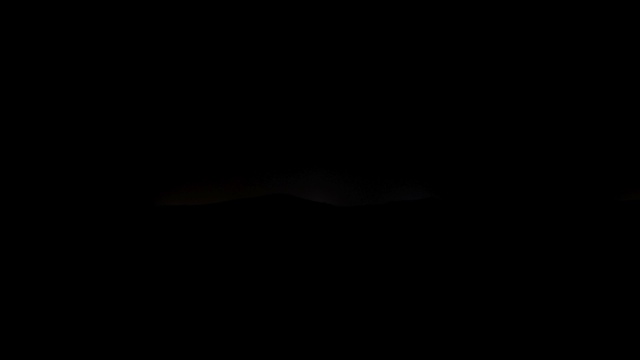 ﻿﻿Alas, the starry sky was a thing too good to last.  Around 2am I was awakened by a stiff breeze pelting sand in my face.  It was the sort of breeze that seemed to bode no good, so I decided to collect my bag and a few items I’d left out nearby and put them into one of the tents, just in case a storm came.  Amanda stirred and looked at me — I didn’t want to alarm her, so I continued collecting my things, thinking she would understand and follow suit.  I had only just put my bag into the tent when the storm hit with a crash.  Sand flew everywhere, some raindrops fell, and everything went upside down.  I wrapped my scarf around my head and went back outside to help Amanda, who had curled up in fetal position around her backpack.  My bed was nowhere to be seen.  I scrambled back into the tent where I’d put my bag and discovered that the wind had eddied inside the tent in a way that had overturned the mats on the floor — such that my bag was now underneath a pile of mats and blankets (honestly, I would have been better off to have left everything outside).  The Berbers hurried out of their tent (which had been flapping very noisily, sounding like some of the covers had come loose) in various stages of deshabille and bundled us into another tent and told us to sleep there.  We obediently crawled inside — gritty and tousled and instantly hot and sweaty.

Camping in the desert had become much less fun.  By this time the sandstorm had died down, and we contemplated moving back outside for the fresh air.  But the Berbers were working their way around the camp resecuring the tents and hammering stakes back into the ground; we decided to stay put.  The remainder of the night was neither comfortable nor restful, although we both did sleep eventually, despite the awful heat inside the tent.  Whenever I surfaced from my sweaty dozings I comforted myself with the thought that dawn would come early in the desert, and then we would be up to marvel at its wonders before mounting our camels and heading back to civilization.

← Trek, Day 2: Life in a Berber camp
Trek, Day 3: Sunrise in the desert →
Follow A More Gentlemanlike Manner on WordPress.com