Start the weekend with a ballgame

July 7, 2012 · by jackjasondavis · in Uncategorized · 2 Comments
This afternoon I received a text from my friend Nicole saying she had an extra ticket to tonight’s Major League Baseball game between the Washington Nationals and the Colorado Rockies — did I want to come?  Not only did I want to come, I also felt like I could come.  After a busy and stressful week at work, and a big push in the last few days to get a couple of significant projects out to clients this afternoon, I had finally cleared enough off my plate to feel comfortable taking the evening off to go play.
Besides, it seemed like a good opportunity to do some professional development:  I’ve been doing a lot more sports media work for the major leagues lately (including the MLB), and sometimes my lack of familiarity with the sports world feels like a disadvantage.  So I figured this would be a good opportunity for me to get some exposure and context for the legal work I do.
After an unnecessarily convoluted parking adventure (prepaid parking turned out not to be as simple as it sounded on the website), I arrived at the Nationals’ stadium.  It’s a very nice, relatively new stadium in an up-and-coming part of town, down by the old Navy yards on the Potomac river. 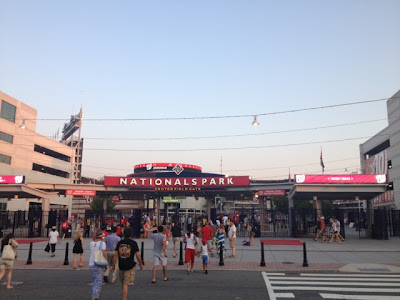 Nicole met me at the gate with the ticket and then we joined her sister Caroline to wait in line to get the obligatory ballpark hotdog.  Well, I actually opted for the Polish sausage, which looked a little charred but was nevertheless pretty tasty.
﻿ 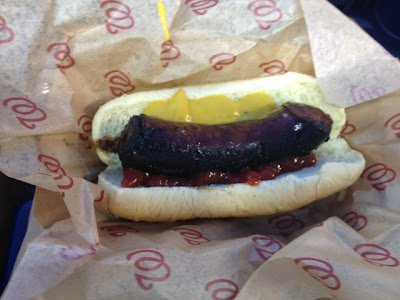 Then we settled into our seats — which were awesome.  Thanks to Nicole’s cousin-in-law, who works for the Nationals, we were seated just behind the home team dugouts, a perfect location for viewing the action and (almost) catching pop-flies.
I’m not a frequent baseball-game-goer, but there’s something wonderfully — mythically — American about a midsummer ballpark lit up at night, even when it’s 9:00pm and still 95 F and 50% humidity.  It felt right to be there on the week of July 4th. 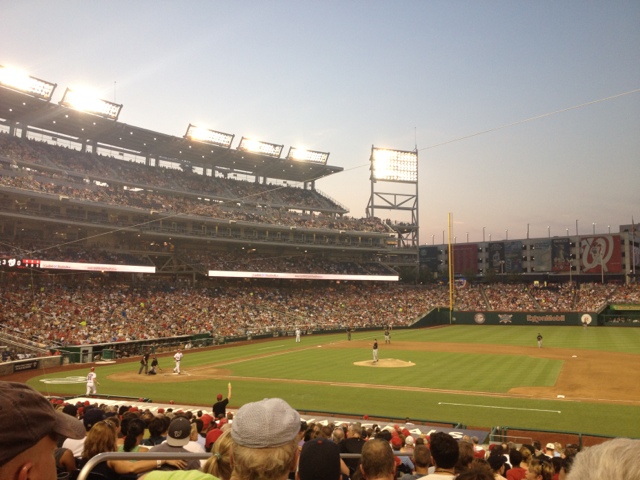 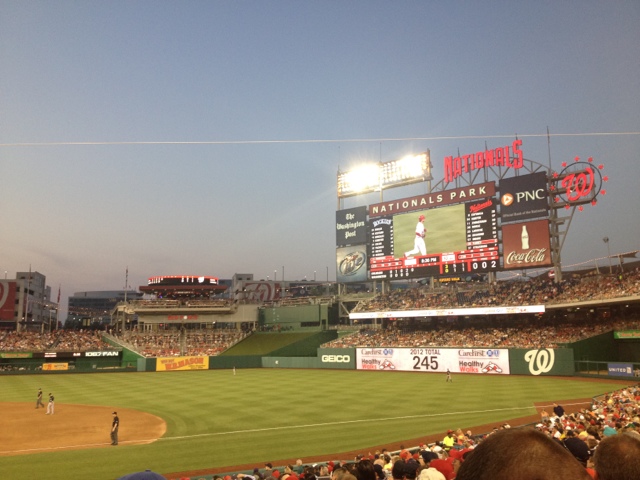 Alas for the Nationals, victory was not in the cards:  They didn’t score a single run while we were there — we left in the 9th inning, thinking the game was over, only to have them score a run as we were exiting the stadium.  Still, with a total of 5 runs, the Rockies were the clear winners.

← July 4, or every kind of day
The Ride: Beating the scorcher →
Follow A More Gentlemanlike Manner on WordPress.com